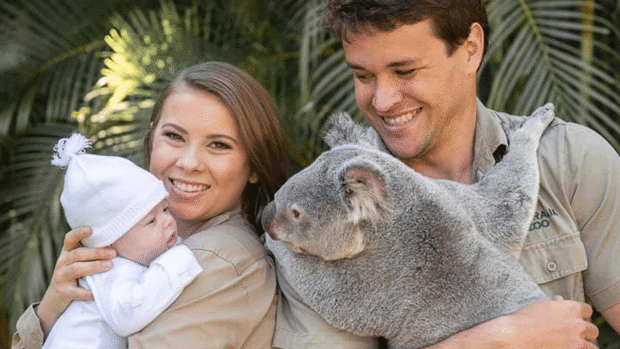 Bindi Irwin has released heartbreaking allegations about her grandfather Bob.

Bindi, the daughter of legendary wildlife presenter Steve Irwin, has recently given birth to her first child with her partner Chandler Powell.

She paid tribute to her late father in a Father's Day post (the day is celebrated on June 20 outside of Australia and New Zealand) and was reportedly asked why her grandfather Bob was not mentioned in the tribute.

7 News reports she responded to a comment on the post from a fan with some shocking claims.

"Unfortunately my grandfather Bob has shown no interest in spending time with me or my family," she reportedly wrote. Bindi's daughter Grace Warrior Irwin Powell was born on March 25, 2021.

"He has returned gifts I've sent him after he opened them, he has ignored my correspondence and from the time I was a little girl he has ignored me, preferring to spend time doing anything else rather than being with me," she added.

"He has never said a single kind word to me personally. It breaks my heart but it is not healthy to engage in an abusive relationship."

"I hope everyone remembers to be kind to one another but most of all care for your own mental health," she continued.

"I have struggled with this relationship my entire life and it brings me enormous pain."

Bob Irwin, 81, has been estranged from the family for several years - one of the last public images of him with the family was in 2007 at Australia Zoo. Bindi said her family financially supports him and Terri keeps in contact with him via letters and Christmas gifts.