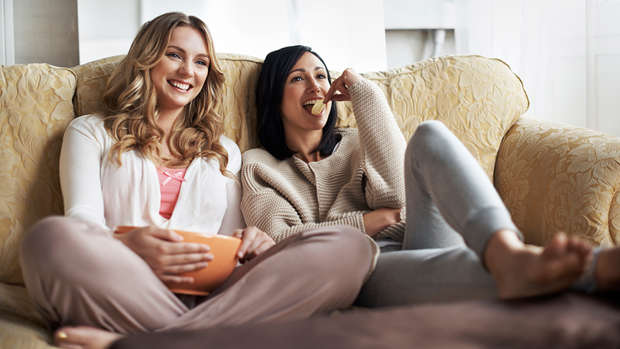 At the end of March, Netflix released the critically acclaimed 13 Reasons Why.

April features new shows Girl Boss and Bill Nye Saves the World, while May's lineup includes the second season of Aziz Ansari's Master of None, along with the return of binge favourite House of Cards, back for its fifth season, the Daily Mail reports.

Many will relish getting lost for hours on end in these shows.

But others might feel guilty about their extended screen time, seeing it as a sign of laziness.

Or maybe they've seen an article about one of those studies linking binge watching to depression.

However, when individuals binge watch, they are thought to have what's called a "flow experience."

Flow is an intrinsically pleasurable feeling of being completely immersed in a show's storyline.

In a flow state of mind, viewers intently focus on following the story and it's easier for them to lose awareness of other things, including time, while they're wrapped up in viewing.

One study found that viewers will continue viewing additional episodes in order to maintain this positive flow state, so there is an addictive quality to binge viewing.

Interruptions like advertising can break the continuous viewing cycle by disrupting the flow state and drawing viewers out of the story.

Luckily, for TV bingers, streaming services like Netflix are ad-free.