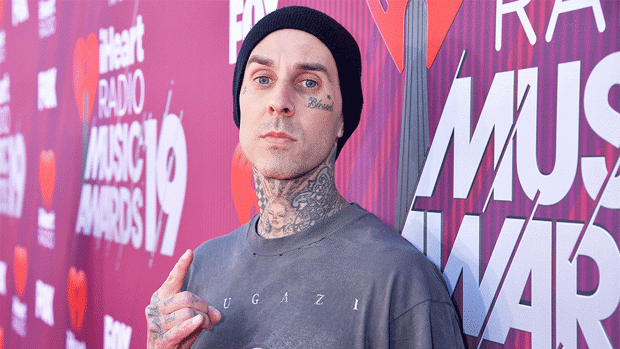 Travis Barker has boarded a plane for the first time since his horror plane crash in 2008.

The Blink-182 drummer has feared being in the sky for over a decade after he survived a plane crash that killed four people, but over the weekend, he was pictured boarding a flight with his girlfriend, Kourtney Kardashian.

According to TMZ, Travis, Kourtney, and Corey Gamble – who is the boyfriend of Kourtney’s mother, Kris Jenner – were flying to Cabo San Lucas on a private flight, and have since landed safely in the Mexican city.

Travis recently revealed he would consider flying again in a short message on Twitter, 13 years after his crash.

He tweeted: "I might fly again,” alongside a plane emoji. Travis and his long-time collaborator DJ AM – whose real name is Adam Michael Goldstein – survived after their plane crashed shortly after take-off as they were leaving South Carolina where they had played a show, although Adam died the following year following a prescription drug overdose.

The musician had a long road to recovery both mentally and physically after the accident, which left him with third-degree burns on 65 percent of his body.

Travis also battled "excessive" weed and prescription drug use, and revealed in May that Adam’s death pushed him to quit using drugs.

He said in an interview: "People are always like, 'Did you go to rehab?' And I [say], 'No, I was in a plane crash.' That was my rehab. Lose three of your friends and almost die? That was my wake-up call. If I wasn't in a crash, I would have probably never quit."

During the same interview, the ‘I Miss You’ hitmaker – who is father to Landon, 17, and Alabama, 15 – also opened up about wanting to "make the choice to try and overcome [flying]”.

He added: "If I do it, and the angels above help me in my travels and keep me safe, I would like to come back and [tell my children], 'Hey, I just flew here, and then I flew home. And everything was fine.' I have
to tell them, because I almost left them. That's a perfect day."