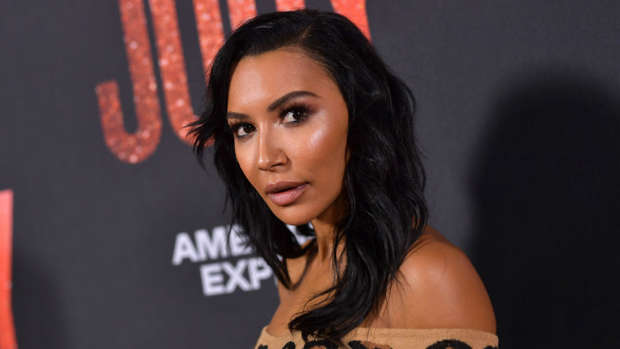 Naya Rivera has died. A body found in Lake Piru has been confirmed as being the missing actress.

It is believed the star drowned after using the last of her energy to save her four-year-old song Josey from the water.

Naya had been missing for a number of days after her son was found alone on a boat.

Ventura County Sheriff, Bill Ayub, believes she managed to "muster" enough energy to push her son out of the water but couldn't save herself.

just the two of us

He said in a press conference: "It would be speculation to say at this point. There are a lot of currents on the lake that appear particularly in the afternoon. We believe it was mid-afternoon when she disappeared, the idea perhaps being that the boat started drifting, it was unanchored, and that she mustered enough energy to get her son back onto the boat, but not enough to save herself."

And Ayub says the Sheriff Office is "confident" the body found is that of Naya's, although formal identification has yet to take place.

He told the media: "Based on the location where the body was found, physical characteristics of the body, clothing found of the body and the physical condition of the body, as well as the absence of any other persons reported in the area, we are confident the body we found is that of Naya Rivera."

Earlier in the day, the Ventura County Sheriff's Office confirmed their search teams had found a body in the lake after extensive searching.

They wrote: "A body has been found at Lake Piru this morning. The recovery is in progress. There will be a news conference at 2 pm at the lake."

A body has been found at Lake Piru this morning. The recovery is in progress. There will be a news conference at 2 pm at the lake

The area where Naya was found was between 35 and 60 feet deep and the lake bed was covered with heavy shrubbery and trees.

"The goal is still to bring Ms. Rivera home to her family so that they can have closure," Ventura County Sheriff Deputy Chris Dyer stated earlier.

Authorities are convinced Naya, 33, has been involved in a "tragic drowning" and that despite the focus of Sunday's searches being the surrounding shoreline, investigators have no reason to think she ever "left the water".

Sgt. Shannon King said recently: "The [cabins were] not occupied. Nothing came of it. They were just doing the shoreline to make sure nothing has changed.

There were a lot of folks that were talking on social media about, 'Oh, check the cabins. Maybe she's there, maybe she's hanging out.' They did go to a couple of the cabins that were on the north end of the lake, that's all that's out there, and nothing came of it. There's no evidence to say she left the water. It appears to be 100 percent just a tragic drowning."

This photo of the cast of #Glee gathering together at Lake Piru today where #NayaRivera’s body was found is incredibly powerful — especially when you consider today is the 7 year anniversary of Cory Monteith’s death. I’m a mess. pic.twitter.com/RhY9hUb78E

Authorities used a dive boat and search and rescue teams, as well as scanning sonar for "visual surface checks" of the water.

The officer added: "It's not like typical waters, which are crystal clear, this is murky, cold lake water. The ground is covered in trees and shrubs, so it's hampering our efforts for sure. So they have to go slowly, so when they see the sonar vision coming back on their screen, the slower they go, the clearer it is. The faster they go, the more elongated it becomes and harder to tell."

no matter the year, circumstance, or strifes everyday you're alive is a blessing. make the most of today and every day you are given. tomorrow is not promised

The star first went missing six days ago during a boating day with her four-year-old Josey.

Her son was found asleep on their pontoon and is now safe with family.