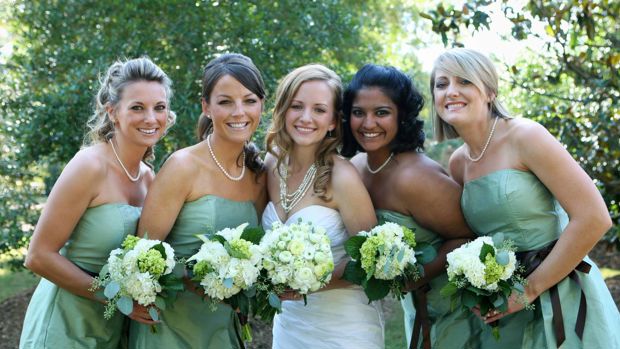 An insecure bride opened up on Reddit to reveal that she had decided not to invite a close childhood friend to her wedding because she was slim and "gorgeous".

The anonymous 27-year-old bride, thought to be from the US, admitted on Reddit thread Am I the A**hole? that she was worried her friend would "ruin" the wedding photos as she is slimmer than the rest of the women in the bridal party.

"The reason I didn't invite her is because she is incredibly naturally skinny and in very good shape. She's also gorgeous," explained the bride.

"The other bridesmaids and I are on the curvier/heavier side," said the bride in her own defence, "and since they are all wearing the same dress, she would ruin the photos... by making us all look obese in comparison".

The bride admitted that while she and the friend have a long shared history, she doesn't have any connection to her fiance. The photogenic friend was apparently not supposed to even find out about the wedding, with the bride saying she "thought it would be easy to hide from her, but in a cruel twist of fate she started dating one of the other bridesmaids".

The bride then went on to ask the Reddit community: "I have every reason not to want to be overshadowed, but I want an unbiased opinion; AITA (am i the a**hole) for not inviting my friend?"

"I can't imagine being so insecure that I would leave out one of my best friends because she's prettier than me," remarked one critic.

"To not even invite her as a guest is such an above and beyond AH move. She should've stopped pretending to be her friend a while ago," stated another.

"I can't even comprehend what went through this woman's mind: 'I thought we could keep it a secret I was getting married!' What?" queried another.

In the age of social media, it is very hard to imagine how this bridezilla thought she was going to keep her wedding a secret from a close friend, but from the sounds of things, that's the least of her problems.