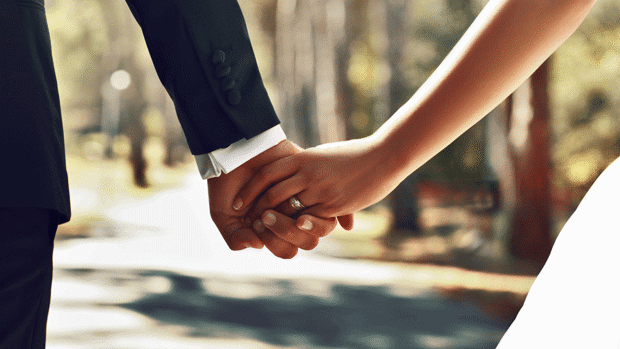 A bride-to-be has been put in an awkward situation just weeks before her big day after being told by her two brothers they won't show up if their stepdad attends.

The 25-year-old bride and her 30-year-old brothers struggled when their parents divorced.

When their mum remarried, the brothers didn't want anything to do with her new husband.

But the bride-to-be lived with her mum and stepdad, growing close and having a loving relationship.

Now she's been put in an impossible position - deciding who to uninvite.

Taking to social media she opened up about her heartbreaking dilemma.

"My stepdad did what he could to help me out with school and everything, he even offered to fund my wedding, which is going to be in five weeks' time, and I'm very grateful for that though this was his decision.

"I sent Dean and Kevin invitations but once they found out that our stepdad was going to be there, they said they might not come.

"They took time to think then gave me an ultimatum, saying that if our stepdad is coming then they won't be.

"I literally freaked out because I definitely want my brothers to be at my wedding so badly and I tried talking to them but they were being stubborn."

After talking it over with her fiance, they came to the conclusion they would uninvite her stepdad despite him being a big part of her life and paying for the wedding.

However, instead of breaking it to him in person, she did it via email.

"Later I got a call from my mum yelling at me, calling me hurtful stuff saying I was acting like an ungrateful b**** by excluding her husband from the wedding after everything he's done for me.

"I told her that my brothers threatened not to come, which pushed me to make this difficult decision because if it was for me I'd have everyone there.

"She cussed me out for prioritising my hateful and cold-hearted brothers over my stepdad and showing him that I'm not worthy of his grace which was really really hurtful for me to hear."

This led the bride to question whether she made the right decision.

Her post went viral, attracting thousands of comments with most saying she made the wrong decision for uninviting her stepdad.

One person said: "Your stepdad obviously cares about you and is PAYING for your wedding. He is in no way the problem here. Your brothers are being childish and are the ones you can't just get along to be there for their sister's wedding without being petulant little babies about it."

Another added: "You should re-invite your stepdad and let your brothers know that they after still welcome but that if they don't come they only have themselves to blame."

A third commented: "Unless there's more to this than meets the eye, they seem to have no legit reason for disliking your stepdad other than the fact that he is not your actual dad. He has been good to you, and I'm not surprised your mum is raging. I can't imagine the hurt your stepdad must be feeling right now."