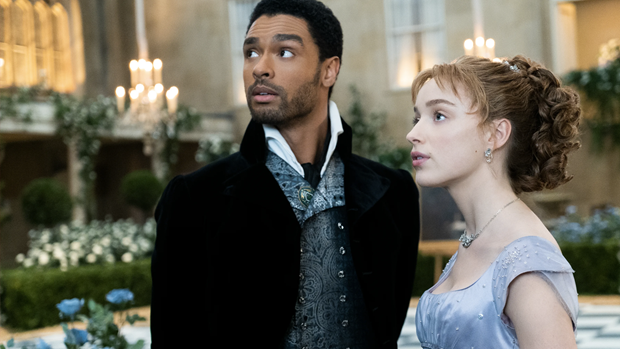 Over 82 million households viewed Bridgerton around the world, and one of the stars has let slip on what we could expect from the Duke and Duchess in season two.

Adjoa Andoh who played Lady Danbury in season 1 has mentioned that the tale of the two lovebirds may take a similar path to a couple of real-life royals.

In an interview with Entertainment Tonight, the actress teased that there would be a little Harry and Meghan flavour in Daphne Bridgerton and Simon Basset's upcoming storyline.

"I really can't say too much, nor would you expect me to," Adjoa said. "But I guess what we do know absolutely is that they're married now."

She continued: "It's a new married life and they have the baby, so there are all the vagaries of what that is like for young people with a new baby.

"I mean Harry and Meghan, what's it like when you have a new baby? How does it affect you when you are a young couple with a new baby?"

She added: "Having to navigate and negotiate that between each other, between their families and between their wider social circles. Yeah, it's going to be interesting."

Filming for season two of the popular Netflix series is currently underway however there is no official release date yet.