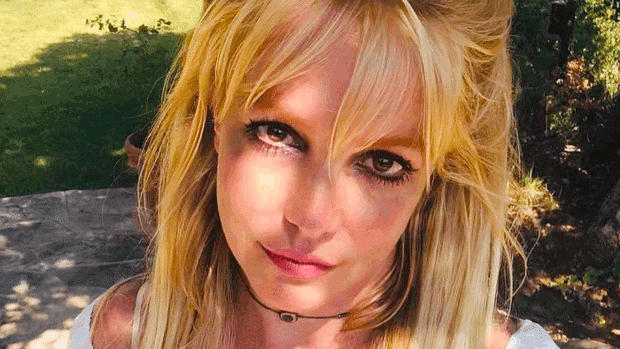 Britney Spears says she's the "happiest" she's ever been.

The 38-year-old star made her return to Instagram earlier this week after two weeks away from social media, and she told her fans she is "fine" and in a great place personally.

In a video for her followers, she said: "Hi, so I know that there have been a lot of comments, and a lot of people saying a lot of different things about me.

"But I just want to let you guys know that I am fine. I'm the happiest I've ever been in my life.

"And I'm sending all of you guys a lot of prayers, wishes and a lot of love."

The Toxic hitmaker also shared some throwback photos and a video of herself dancing as she wrote about the joys of "using your body to express the way you feel".

She wrote: "Dancing is such a vulnerable thing !!!!Performing for thousands of people is a cool feeling ..... but I also find joy in dancing for myself !!!!!

"The language of dance is really beautiful !!!! You say so much without saying a word … using your body to express the way you feel !!!!

Performing for thousands of people is a cool feeling ..... but I also find joy in dancing for myself 💃🏼 !!!!! The language of dance is really beautiful 🌸🌹⭐️ !!!! You say so much without saying a word … using your body to express the way you feel !!!! Live and express your body any way you want 💋💋💋!!!!!!! @shaedband

Britney's social media return comes after her dad Jamie Spears insisted her lawyer can't exclusively speak for her, while the pop star is seeking to have her father removed from her 12-year conservatorship.

She is currently acting under the legal advice of Samuel Ingham, who is her attorney and recently claimed Britney "lacks the capacity" to sign legal documents such as declarations.

Last month, Jamie insisted she can speak for herself and doesn’t need her legal team to oversee everything.

According to TMZ, he filed legal documents which fire back at Samuel, and use the upcoming US election to illustrate his point about Britney’s state of mind.

Jamie says his daughter’s conservatorship doesn't mean she's stripped of all of her rights, as she still has the right to vote, and he also claims she’s testified at depositions, and multiple times in court, during the conservatorship.

He says Samuel does not have the unlimited authority to be her "exclusive voice”, and says Britney herself has the right to be heard.