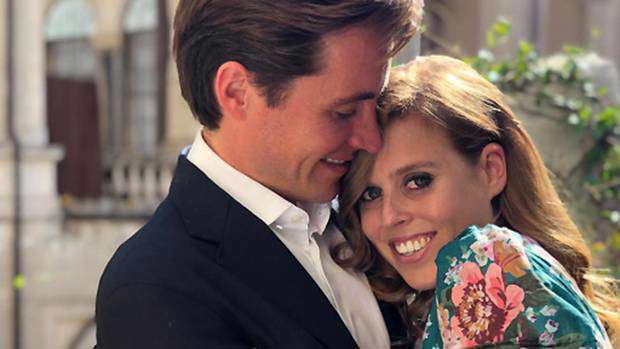 It seems Royal fans won’t have to wait too much longer for the next big royal wedding.

The world has seen several big days from the royals over the past few years, including Princess Eugenie’s marriage to Jack Brooksbank in October 2018, Prince Harry and Meghan Markle’s big day in May 2018 and then Lady Gabriella Windsor tied the knot with Thomas Kingston exactly one year later.

And now it has been revealed that Princess Beatrice's wedding day is just around the corner.

Buckingham Palace has confirmed the 31-year-old, who's ninth in line to the throne, will walk down the aisle on Friday 29 May to exchange vows with property tycoon Edoardo Mapelli Mozzi.

The wedding of HRH Princess Beatrice of York and Mr. Edoardo Mapelli Mozzi will take place on Friday 29 May 2020. The couple became engaged in Italy in September 2019. The Queen has kindly given permission for the ceremony to take place at The Chapel Royal, St James’s Palace. The ceremony will be followed by a private reception, given by The Queen, in the gardens of Buckingham Palace. Image: © Princess Eugenie

The couple's wedding - which is set to take place at the Chapel Royal, situated within the grounds of St James's Palace, followed by a private reception in the gardens of Buckingham Palace - will come eight months after they got engaged in Italy in September 2019.

"Her Majesty The Queen has kindly given permission for the ceremony to take place at The Chapel Royal, St. James’s Palace," the official statement read.

The chapel, which was built in 1540, also served as the wedding venue for Queen Elizabeth II’s grandfather, King George V, as well as the christening site for Prince George and Prince Louis.

It is understood the couple want their nuptials to be "low key" and without the fanfare that surrounded the wedding of Beatrice's sister Eugenie.

Full details about bridesmaids and pageboys are yet to be confirmed, but it is expected that the bride-to-be will have Prince George and Princess Charlotte in her wedding party.

Edoardo's son, Christopher, will likely also be a pageboy.

You will never be alone my love, my heart is your home. Hand in hand, today, tomorrow and forever. 💍 Photo Credit @misanharriman 🙏🏻

Prince Louis will probably sit the wedding out, given that he'll be just two years old on the big day.

And the same goes for his cousin, Archie, who will have celebrated his first birthday a few weeks prior.

However, it is believed that Prince Andrew will still walk his daughter down the aisle.

The couple has asked that well-wishers donate to the charities Big Change and Cricket Builds Hope instead of sending wedding gifts.

Beatrice and Edoardo had been together for 11 months at the time they announced their engagement in September last year. Father-of-one Edoardo proposed with a ring estimated to have cost £100,000, while the pair were holidaying in Italy.

Meanwhile, Princess Eugenie says she is “very proud” of her sister Princess Beatrice after further details of her upcoming wedding were announced.

Alongside a picture on Instagram of herself and her sister as young flower girls, she wrote: “She’s so excited…. Today the family announced Beatrice will marry Edo on 29th May 2020. Very proud of this moment. Xx (sic)”

She's so excited.... Today the family announced Beatrice will marry Edo on 29th May 2020. Very proud of this moment. Xx

We can’t wait for Beatrice and Edoardo to celebrate their big day.