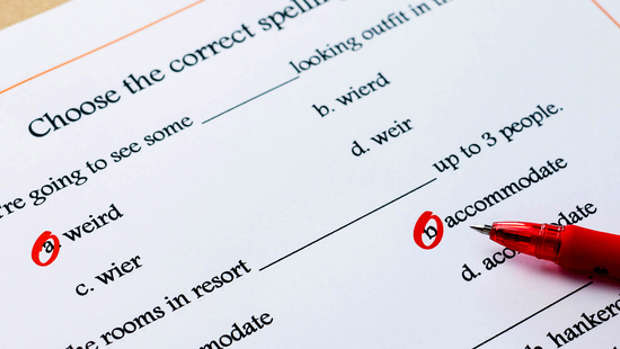 The test from Playbuzz asks users to choose the right answer from two options with the words showcasing just the slightest of differences in the spelling.

According to the quiz's creator only around seven per cent of participants will be able to achieve full marks on the test.

Before it was shared with the internet the test was given to 92 Americans and only six were able to pass it with flying colours.

The quiz includes some of the most misspelled words in the English language according to Oxford English Corpus.

It appears that English speaking adults are often tripped up by words such as possession which makes an appearance in the test.

Other words that seem to be causing problems with the public involve the "i before e" dilemma in leisure and the double "c" versus double "u" in vacuum.

Think you are in the top seven per cent? Then scroll down to take the test.