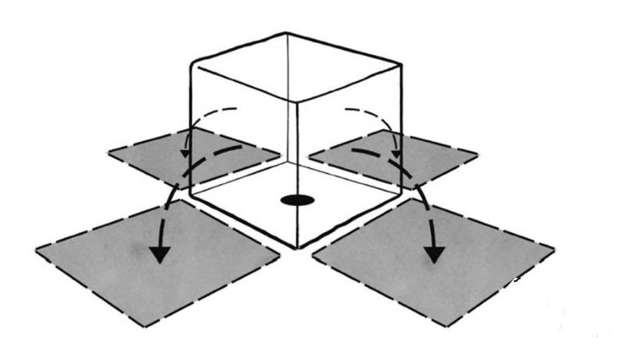 British astronaut Tim Peake has been confusing people on Facebook, posting a puzzle he says was straight from his space selection test.

It starts with an illustration of a box with a dot on the bottom, which can be rolled left, right, forward or backwards.

In your mind, you need to roll it forward, left, left, forward, right, backwards, and right - where does the dot end up?

Many of his 681,000 followers were left thoroughly bemused, however, a few common trains of thought emerged.

Most agree the answer is the dot ends up at the bottom - some because they played it out literally, others because they argue the question is in the answer.

"Imagine holding the cube in your open hand. That's how I did it. The dot was on the bottom at the end of the moves. The drawing is of no relevance really when you're asked to do this in your mind," wrote Facebook user Jo Roberts.

Sarah McCarthy thought it was a trick question.

Either way, Liam Desborough said it was important to think about context:

"It's not for philosophy school or entrance to debate club. It's an exam for a heavily technical scientific role where getting the answer correct is imperative."