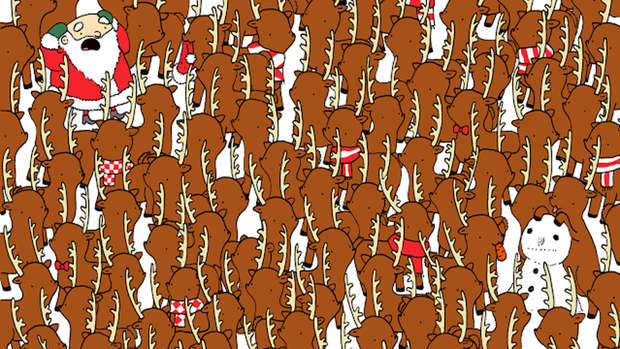 This fiendishly difficult seek-and-find puzzle has left the internet scratching their heads - and it's easy to see why.

Somewhere in this herd of reindeer, there is a single brown bear but he has done an excellent job of hiding.

The festive scene is the latest creation from Hungarian artist Gergely Dudas, better known as Dudolf, who is responsible for a string of viral brainteasers, writes the Daily Mail.

Scroll down for the solution. 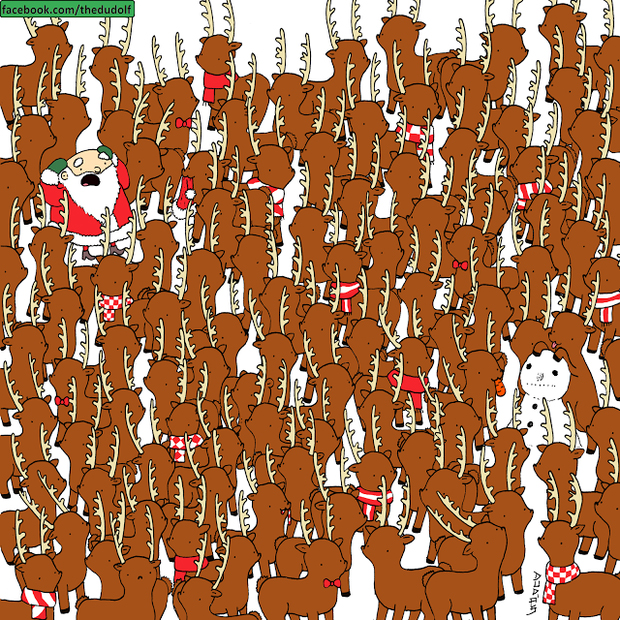 Where is the bear? Photo / Facebook.com/thedudolf

He became an online sensation after his deceptively difficult seek-and-find puzzle featuring a panda hidden among a group of snowmen swept the internet in December 2015.

This latest drawing is featured in his new book, Bear's Merry Book of Hidden Things, which uses colourful illustrations and seek-and-find puzzles to tell the story of a bear getting ready for a Christmas party.

While the title is aimed at children, the puzzles are tricky enough that they will keep parents entertained, too.

In this scene Bear has gotten lost among the herd of reindeer, leaving Father Christmas in a panic.

He is especially difficult to spot because his fur is the exact same colour as the reindeer's coat.

The puzzle has been hailed as 'the most difficult ever' by Dudas' Facebook fans.

One wrote: "Wow.... that was a tough one!! I finally found it!! Merry Christmas and Happy New Year to all!!"

Another posted: "That's a tough one but finally... I found him."

Dudas boasts more than 100,000 followers on Facebook, where he sporadically posts creations for his fans to enjoy.

They are regularly shared thousands of times and are praised enthusiastically in the comments. 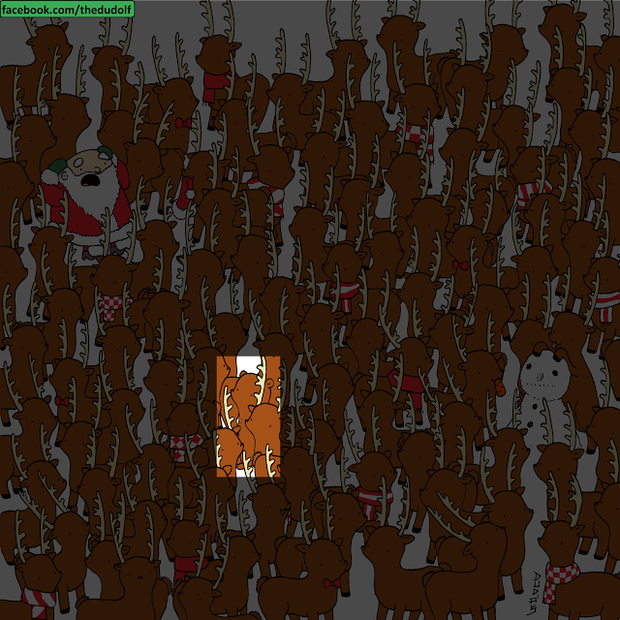 There he is. Photo / Facebook.com/thedudolf

This article was first published on  Daily Mail and is republished here with permission.