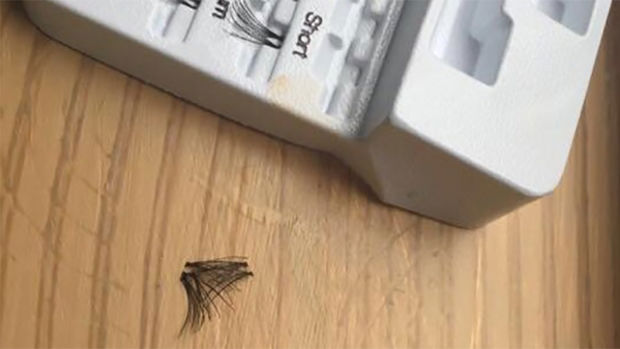 Putting on false eyelashes can be tricky at the best of times.

However, for one woman it was proving to be impossible - especially since what she thought were lashes was, in fact, a dead fly!

Molly Robbins shared with Twitter that her mother had asked for help with putting on the false eyelashes and quickly discovered why.

"Text from mum," she wrote on the social media site, "'[She was] having trouble sticking on lashes without her glasses ... turns out she was trying to glue a dead fly to her eyelid."

Here's the photo Molly received from her mother: We're just glad that the fly didn't stick and Molly's mum didn't end up going out with a dead bug on her eyelid!