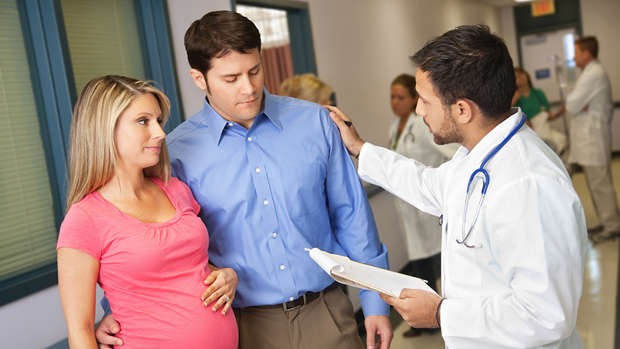 A woman has asked the internet for help on how to tell her best friend she caught her husband cheating on her — with a pregnant woman.

The mum-to-be told parenting forum Mumsnet that she was at the hospital for an appointment when she noticed her friend's husband with a "visibly pregnant young lady".

She said the two were acting like they were a couple.

She said she was in shock with what she witnessed and has not yet broken the news to her friend, as she knows it will break her heart.

She took to Mumsnet for advice on how to tell her.

"Just returned from my antenatal appointment. While waiting in the room I saw one of my oldest friends DH [Dear Husband] with a young lady," she wrote in the forum.

"She was [visibly] pregnant. By their actions, they were def a couple! They were sitting in a far corner and it was only when I went to get a drink that I noticed them.

"They didn't notice me. My DF [Dear Friend] and her DH are still together. My DF moved to DH village about three years ago when they met and married. He wasn't from this village originally. She adores him. How do I tell her? What would you do?

"I was shocked when I saw him and I regret not speaking to him now."

Many others, however, suggested she needs to tell her friend about it as soon as possible.

They also warned the woman about the impact this could have on her relationship with her friend.

"You need to tell her but there is every chance she won't believe you. He'll probably lie through his teeth and say you were seeing things or it was someone else," one person said.

"Yes, you need to speak to her ASAP. Gently ask her if they have separated and tell her what you saw," someone else commented.

Others think she should talk to the friend's husband first before telling her friend.

"You need to speak to him. Tell him he tells his wife or you will."