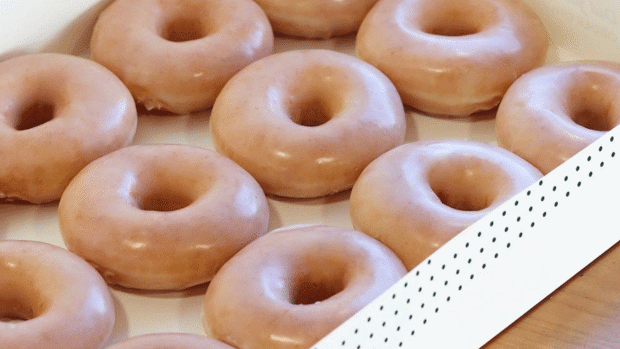 An Aussie chef with over a million subscribers to his cooking channel on YouTube has shared his secret recipe for homemade Krispy Kreme doughnuts.

The doughnuts can be made with supermarket ingredients in just 20 minutes.

He showed viewers how to make the classic doughnuts with milk, eggs, sugar, self-raising flour, butter and spices, then how to deep fry them and ice them with a sugar glaze.

The recipe has had nearly 785,000 views from eager bakers keen to whip up elaborate desserts in isolation.

Before starting the dough, make sure you have a large, round cookie cutter to shape the mixture into individual pieces.

Add two cups of milk, one teaspoon of salt and half a cup of softened butter into a jug, and heat in the microwave for one minute until warm.

Add half a cup of white sugar, half a teaspoon of nutmeg and four beaten eggs to the heated mixture and whisk until combined.

Pour the mixture into a large mixing bowl, adding two teaspoons of dried yeast and a quarter cup of sugar before whisking again.

Add five cups of self-raising flour, one cup at a time, and mix well until the dough becomes thick and sticky.

Leave the dough to rest for one hour. Resting time allows the gluten in the dough to soften and relax, which gives doughnuts, bread and other baked treats a soft, fluffy texture on the inside.

Dust a wooden board with flour and knead the dough for two to three minutes.

Be careful not to handle the dough for longer than three minutes as "over-kneading" can prevent it from rising when fried.

Roll out the dough and shape into individual pieces using a large, round cookie cutter, making a small hole in the centre to create the "ring". 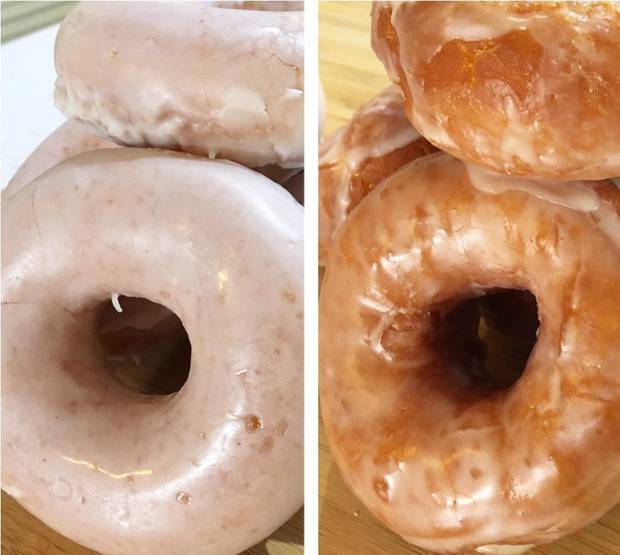 Fry in canola oil in a deep-fat fryer or deep skillet pan at roughly 170C for two minutes on each side until golden brown and puffy, draining excess grease on a paper towel.

To make the classic Krispy Kreme glaze, add three cups of icing or confectionery sugar into a large bowl, along with half a cup of water and one teaspoon of vanilla essence. Mix until smooth.

Ice both sides of the doughnut and leave to set for 10 minutes before enjoying, still warm.