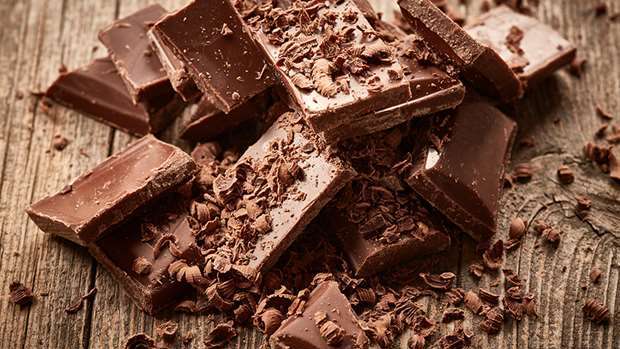 All-out war has been sparked on social media over the question of where to store your chocolate - in the fridge or in the pantry?

The debate was sparked after the New South Wales Police Force took to Facebook with a cheeky post about road rules.

"People who put chocolate in the fridge are the same people that don't keep left unless overtaking. We're now targeting both," they wrote.

The post received over 26,000 comments, with opinion divided on the best way to store the much-loved treat.

One user branded those who put chocolate in the fridge "monsters", writing: "About time someone did something about the actual monsters who refrigerate chocolate."

Another stated: "Fridge chocolate is the best, you're all crazy."

The Aussie cops clapped back at some using the climate as a reason for cold storage, writing: "Everyone saying 'BuT wHo EaTs MeLtEd ChOcOlATe' Calm down, you live in NSW, not the Simpson Desert".

One man thought that police shouldn't limit themselves to confectionery: "I think NSW Police Force needs to concentrate on the real criminals. You know, those foolish enough to believe pineapple has no place on a pizza! The humanity!"

Expert opinion on chocolate storage backs up the NSW Police's stance, with Luke Owen Smith from The Chocolate Bar in Wellington saying the practice dulls the flavour.

If you really absolutely definitely without a shadow of a doubt must put your chocolate in the fridge, Smith suggests you use a sealed container. This prevents the chocolate from absorbing any foreign flavours (you know, that stuff that's been sitting in the back of the fridge for so long you can't even tell what it is anymore).

Putting chocolate in the fridge also involves a bit of forward planning as, in order to enjoy the full chocolate flavour, you need to get it out of the fridge a little while before you can eat it, to make sure it returns to room temperature.