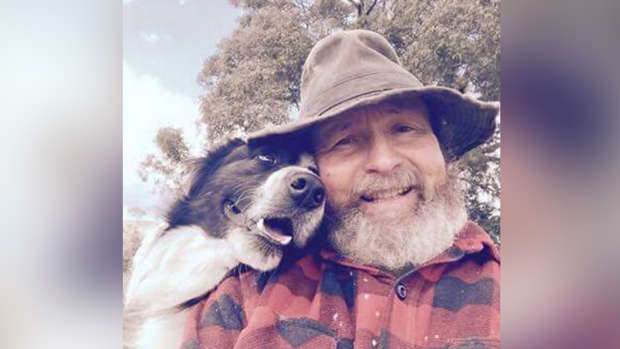 The art of the perfect selfie. You're either born with it or you're not. Selfies themselves are reasonably easy to take, mastering them is a different story. Kardashians they've nailed it, New Zealand's own Georgia Fowler, she's handy with the selfie stick, so to is this Aussie sheep farmer.

Lance Partridge is going viral after a series of selfies with him and his dogs hit the Internet. Along with his photogenic dogs (and a sheep, of course) Partridge snapped four selfies which his daughter taught him how to do and uploaded AND the results, well, someone might have a modelling future should the farming thing not work out.

Speaking to an Australian website, Partridge explains that he doesn't know how to use Facebook let alone even do selfies, but it was exciting once his photos were uploaded and started to be shared. The reason he took the selfies were to show off the growth of his beard and he's certainly not going to let his daughter take his phone again!