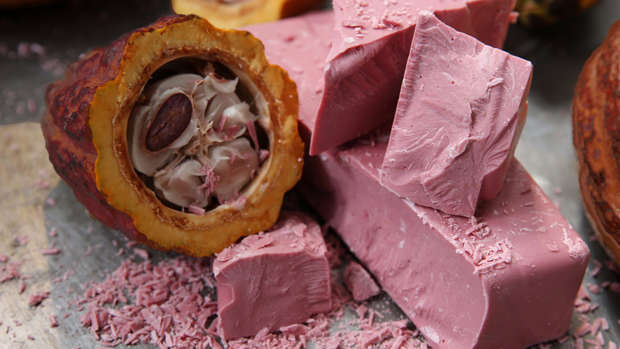 Dark, milk and white chocolate have a new companion. The fourth natural chocolate flavour has been announced, the first one in 80 years.

Ruby chocolate is expected to hit the shelves around the world this year.

#RubyChocolate has landed at @KITKAT Chocolatory Australia and we're tickled pink to have helped the @nestleaunews team with its launch 😍🍫👌 pic.twitter.com/ZfuaptWOsG

The slightly pink chocolate promises to be a favourite with Instagram foodies and has been developed by Barry Callebaut, the world's largest cocoa processor.

Ruby chocolate is the product of 13 years of research and development, after the company first discovered a new type of cocoa bean during experiments and refinements in their labs.

Thank you @Fortnums for my splendid Monday morning treat of naturally pink-tinged ‘Ruby’ Chocolates. Unlike anything I’ve ever tasted before 💕 🍫 #rubychocolate #fortnums https://t.co/JMYTGRTVsQ pic.twitter.com/qwhWClt6px

The new chocolate flavour, described by the company as "a tension between berry-fruitiness and luscious smoothness", has no added colouring or flavouring.

The pinky hue comes from a powder extracted during the processing.

It is reportedly not as sweet as milk chocolate.

The "ruby" cocoa beans are grown in the Ivory Coast, Ecuador and Brazil.

The release of the first new chocolate colour and flavour in 80 years is well timed with the trend of coloured food that platforms like Instagram have helped propagate.

"It perfectly matches the food trends now, so I think the market will respond very positively to it," the company said, quoted by the Guardian.

The pink chocolate is expected to reach consumers worldwide in the next six to 18 months.