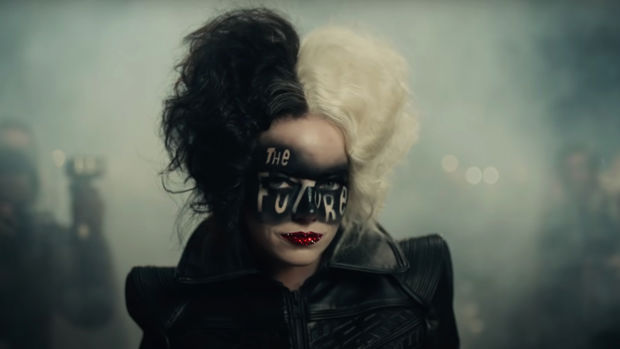 The La La Land star is set to take on the devilish villain from 101 Dalmatians, Cruella de Vil in the upcoming movie, simply titled, Cruella - and we can't wait!

In the striking new 'sneak peek' trailer released by Disney, we got to see more of Emma looking almost unrecognisable as the manic fashionista. Disney unveiled that the movie is set to drop on May 28, 2021.

Honestly, how good does this movie look?!

We first got a glimpse in 2019 with this photo which shows Emma looks stunning as a younger, more "punk rock" Cruella, with black and white hair, holding the leashes of three dalmatians. Behind her, her henchmen played by Paul Walter Hauser and Game of Thrones star Joel Fry look just menacing.

Similar to Angelina Jolie’s Maleficent movie - which centres on the villain from Sleeping Beauty - the upcoming live-action film will focus on a Cruella de Vil as the anti-hero.

The prequel - directed by I Tonya filmmaker, Craig Gillespie - will be set in London’s 1970s punk rock era, before the events of 101 Dalmatians.

This isn’t the first time a live-action remake has been inspired by the original 1961 animated 101 Dalmatians movie. You may remember award-winning actress Glenn Close iconically took on the role of Cruella in 1996 live-action flick, and boy, was she brilliant in it.

We won't have to wait too long until we see Emma as Cruella, with the movie due to be released on May 28 2021. Disney has yet to announce if the movie will be released in cinemas or directly to its streaming service, Disney+.