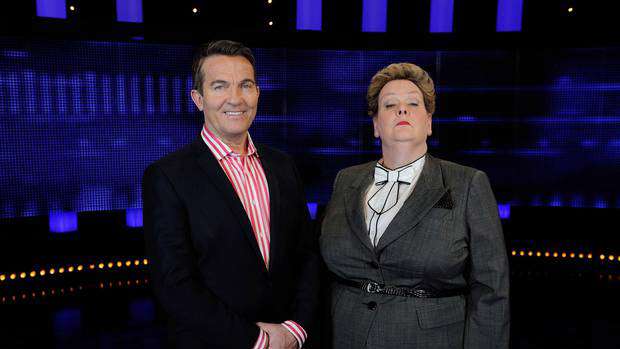 It's no secret that The Chase is one of New Zealand's most popular shows, but how would any of us fare if we ever took on the Chasers?

The popular series started in 2009 and has pulled in audiences of millions each week since.

It's fronted by TV stalwart Bradley Walsh and the chasers; Anne "The Governess" Hegerty, Mark "The Beast" Labbett, Shaun "The Dark Destroyer" Wallace and Jenny "The Vixen" Ryan.

We're all guilty of sitting on our couches shouting the (probably wrong) answers at the TV like it counts (it doesn't) and facing off against our own families, and that is probably the secret to the quiz show's success.

But if you've ever wondered how you'd actually stack up in the real quiz, now's your chance to find out.

Thanks to The Chase Quizbook, we've gathered a few of the actual questions from the show for you to put yourself - and your friends and family - to the test.

Can you beat The Chaser? Find out below: