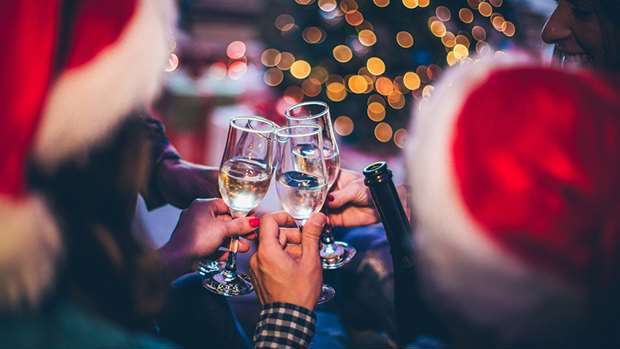 With the silly season in full swing, many of us are in the midst of a month-long headache.

Thankfully, a doctor has compiled a guide to surviving the dreaded Christmas party hangover.

Daniel Fenton, clinical director and GP at the London Doctors Clinic has put together his tips and tricks for getting through "Bender December".

1. Take an antacid before bed

Dr Fenton recommends taking antacids, such as Rennie tablets, to reduce nausea that often follows a night on the booze.

Despite popular belief that following up a drinking session with more alcohol is a surefire hangover cure - it's not.

"We've all heard of drinking through your hangover, and while this always sounds like a great idea and undoubtedly does kill the pain for a short time but in practice, it only makes things worse in a few hours," Dr Fenton told The Sun.

3. Be careful about exercising

While many people tout going for a run as a cure for hangovers in an attempt to sweat out the alcohol - the dehydration risk can be dangerous.

"If you've had a real bender your liver is already feeling pretty beaten up and over-exercising can wreck it even more," warns Dr Fenton.

"Make sure you drink a lot of water. The fluid you lose in 'sweating it out' needs to be replaced and a lot more."

4. Watch what you eat

"Raw eggs do contain some of the essential amino acids the liver uses to digest alcohol so it has a theoretical basis," he says.

"Mixed with tomato juice, Worcester sauce, vinegar, salt and pepper and chilli sauce, raw eggs have been glugged by our transatlantic cousins for many years after a big night out."

Of all the drinks on offer at your Christmas party, Dr Fenton says to avoid anything that's not clear.

"There are ingredients in many drinks called congeners which do contribute significantly to hangovers and red wine and fortified wines have a lot of them," he told The Sun.

"Vodka, gin and white rum have less so you may get less of a hangover per unit of alcohol consumed."

Due to the combination of caffeine and alcohol, Espresso Martinis are one of the worst culprits when it comes to hangovers.

"However, one too many martinis will leave you feeling dry as a bone, as caffeine acts as a diuretic and causes you to make more frequent trips to the loo," warns Dr Fenton.

"Dehydration is one of the factors contributing to that morning hangover headache."