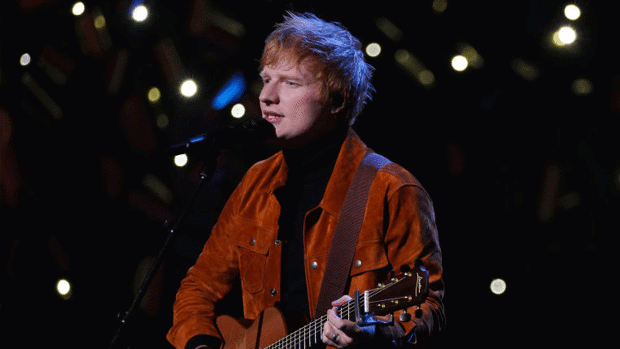 The Bad Habits singer revealed at the weekend he had tested positive for COVID-19 and he's now revealed he's self-isolating with 14-month-old daughter Lyra but away from wife Cherry because the tot has also contracted the virus, while his spouse is currently negative.

Ed confirmed: "I'm self-isolating with my daughter. I have been alone with her, without my wife, since we are both positive. I am now going to spend 10 days alone with her."

And the 30-year-old star admitted there is a positive side to the situation because it isn't often he gets to spend so much quality time with his little girl.

He is quoted by the Daily Mail newspaper's Eden Confidential column as saying: "Sometimes I am away and spend just two days a week with her, so being able to be with her for 10 straight days is great.

"I just spoke to Cherry and told her to relax, take long baths! Our fridge is full and we are just eating all the time."

As a result of Ed's self-isolation, he's been forced to alter his promo schedule for upcoming album '=', which is due for release later this week.

And it's been claimed he will give fans a first glimpse at the Lancaster Lock, the pub he's built on the grounds of his Suffolk estate, as that's where he is planning to base himself for an interview with UK TV talk show host Jonathan Ross.

Jonathan said: "We were supposed to have Ed Sheeran on but he’s got COVID so obviously can’t.

"We are going to do a live Zoom from his pub at home, which is the first time we’ve seen inside his pub."

But 'Saturday Night Live' bosses in the US are said to be "scrambling" to find a new musical guest for their 6 November show as Ed won't be able to fly to the States.

There is also a possibility the 'Castle on the Hill' hitmaker could perform remotely from the UK, but that is deemed unlikely.

The insider said: “Ed is offering to perform live via video link, but this isn’t something ‘SNL’ does. The show likes to have the performer in studio.”