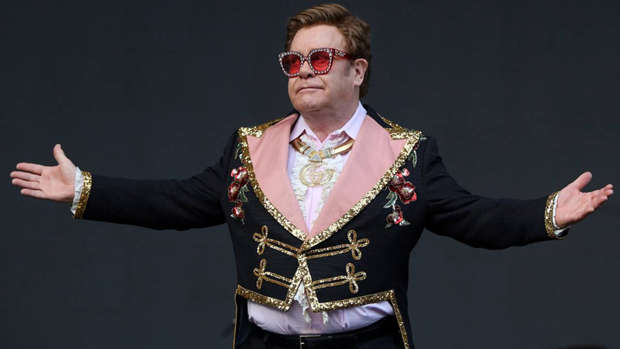 Elton John's two remaining Auckland concerts have been delayed again, due to global uncertainty about Covid-19.

The two performances scheduled for early next year have been postponed until early 2023.

This will follow the recently rescheduled European dates, beginning in Berlin on 1 September 2021.

Sir Elton addressed the delay in a statement on social media.

I am delighted to announce that I will return to the stage in North America on January 19, 2022. For all the dates, please visit eltonjohn.com 🚀 #eltonfarewelltour

"I've been enjoying my time at home with the family while the world navigates its way through the Covid-19 pandemic. But, I really miss being on the road and performing for my beloved fans in my Farewell Yellow Brick Road Tour.

"While the scientists are making great progress, we are making big plans for a return to touring that will allow us to ensure the health and safety of everyone."

Sir Elton said delays to the European and North American tours had caused the further delay to the New Zealand dates.

"Don't worry about me. I'm using my downtime to keep myself fighting fit and healthier than ever. I'm raring to go!

"As always, thank you so much for your loyal support. I look forward to seeing all you wonderful Elton John fans soon. In the meantime, please stay safe and be well. Thank you."

The music legend was forced to cut his February concerts short, leaving the stage about two-thirds of the way through his Mt Smart gig, after contracting "walking pneumonia" and losing his voice.

John, 72, broke down in tears last night when he realised he couldn't complete his set.

The superstar, who earlier needed medical assistance while on stage, had to be assisted from the stage after attempting to launch into Daniel, but having no voice left.

The song was number 16 in a 25-strong playlist. Herald concert reviewer Karl Puschmann said John's voice remained powerful during his early songs — until he spoke.

John later reached out to fans on social media saying he was "disappointed and deeply upset" that he couldn't complete his show.