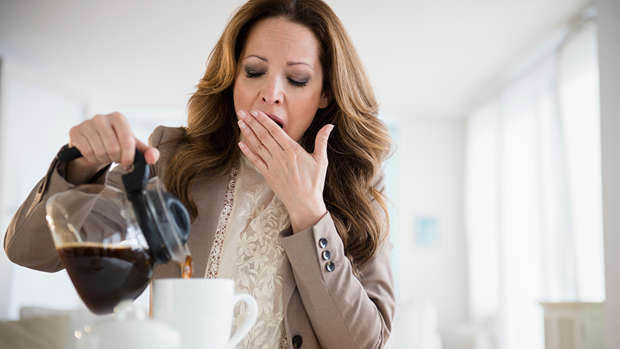 Sometimes it can be an absolute struggle to function without that hit of caffeine in the morning.

But it turns out there are some specific foods that actually help wake you up even more than coffee!fix of the day that is.

But one nutritionist says there is a way to fight fatigue and be energised for the day ahead without reaching automatically for coffee or a cup of tea.

Here's what she suggests eating for beating fatigue:

Apples are a great source of quercetin, an antioxidant that actively protects your brain cells.

Research suggests that consuming quercetin-rich foods increases endurance and boosts aerobic capacity, even when you're not exercising. Quercetin also defends your brain cells from free radicals, which are attributed to cognitive decline.

Other foods that contain quercetin include peppers, tomatoes and leafy greens like spinach and kale. Eggs are among the most nutritious foods on the planet and they're not just a great source of protein.

The yolks of eggs are naturally rich in B-vitamins, which are largely responsible for converting food into energy. Another micronutrient that eggs contain is choline, which is important for supporting energy levels.

With research suggesting that 90 per cent of people are getting less than the recommended amount of choline, eggs have an important place in everyone's diet. Magnesium is the fourth most abundant mineral in the human body. Every cell in your body contains it, and needs it to function.

During exercise, you may actually need up to 20 per cent more magnesium than when you're resting.

Brazil nuts, almonds and cashews have some of the highest levels of magnesium. Nuts are also dense in other nutrients including healthy fats and protein, making them very filling

If you're eating chocolate for energy, you want the highest cacao concentration possible.
It is cacao that contains the nutrients that people claim help fight stress and boost energy and focus.

Dark chocolate also contains a kick of caffeine, which some people may use to boost energy levels quickly. Drinking water is important for so many reasons but energy is chief among them.
If you're feeling lethargic, it may well be from dehydration, of which fatigue is a very common symptom.

A good first step towards greater wakefulness is to drink some water first thing, and strive towards keeping yourself hydrated throughout the day. Iron carries oxygen throughout the body, allowing organs to function effectively. Therefore, if you have low iron, you are essentially depriving your body's cells of oxygen.
It is also an essential nutrient and one you must get from food.

Spinach is often thought of as the go-to food for iron, but the vegetable contains a lot of non-heme iron, which isn't absorbed very well in the body.

Red meat is probably the most easily accessible source of heme iron but for those who don't eat red meat, ensure you include vitamin C in your diet, as it will help absorption significantly. 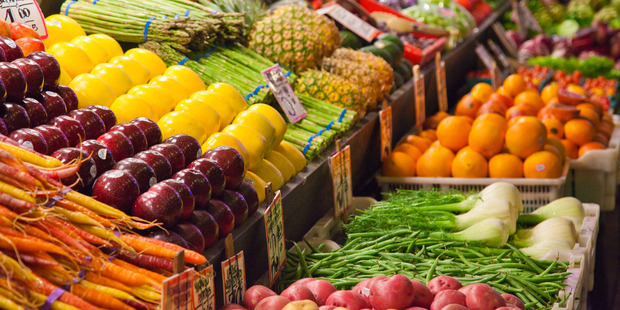 When any products are transported or stored, which typically happens when food is not in season, unfortunately, their nutrient potential decreases.

Eating what is seasonally available will mean you are more likely to feel the benefits of the nutrients the fresh produce contains. The fresher the produce, the more alert and awake you feel after eating it.