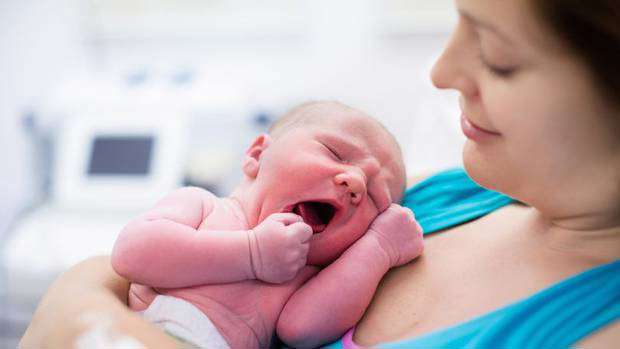 Giving birth is a magical time for families as they welcome their little bundle of joy into the world.

But it can be a stressful time in the delivery room, even for husbands who stand in support of their partners.

That proved the case when a woman's posting of a hilarious post-birth selfie to Instagram just moments after giving birth went viral.

But instead of the focus being on the mother and baby, the selfie captured a not-so-glamorous picture of her husband following the birth of his child.

The photo shows the new mum lying on the hospital bed smiling while covered by a blanket.

But in the background the father can be seen flat on his back on the delivery room floor, surrounded by medical professionals, one of which is holding his baby.

The incident made the mother giggle, who was seen loving every moment of her partner's weak moment.

They captioned the post, writing: "He was here to encourage his wife at her first childbirth."

He was here to encourage his wife at her First Childbirth 😂

Thousands commented on the photo, sharing jokes and admitting how funny they found it.

One person said: "He was beside himself."

Another replied: "Show it to his child when they're older."

"Omg lmao poor guy he had no idea what he was in for," wrote someone else.