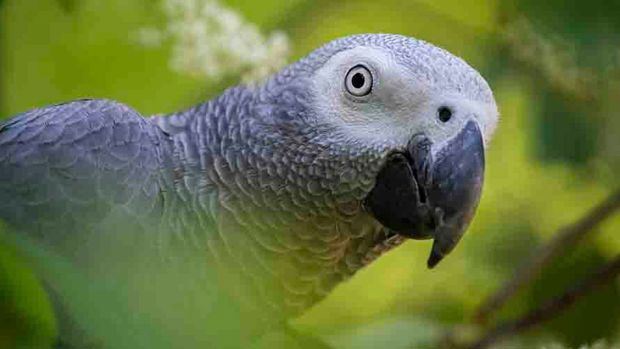 A UK wildlife sanctuary has been forced to separate five naughty parrots after they wouldn't stop swearing at visitors.

Billy, Eric, Tyson, Jade and Elsie were removed from public viewing this week due to their inappropriate behaviour.

The parrots are part of Lincolnshire Wildlife Centre's colony of 200 African grey parrots and were put in quarantine together upon arrival.

But they quickly overwhelmed the staff with their naughty language.

"We are quite used to parrots swearing, but we've never had five at the same time," the centre's chief executive, Steve Nichols, told AP.

"Most parrots clam up outside, but for some reason these five relish it."

Rather than being offended, most zoo visitors found the foul-mouthed parrots amusing, with the sanctuary confirming no complaints had been made.

"When a parrot tells you to 'f*** off' it amuses people very highly," Nicholls said.

"It's brought a big smile to a really hard year."

Despite visitors finding the parrots funny, the zoo decided to keep the rogue offenders away from children to ensure they didn't ruffle any feathers with parents.

The sanctuary explained the five parrots have each been moved to different areas of the zoo so that they are unable to provoke each other.