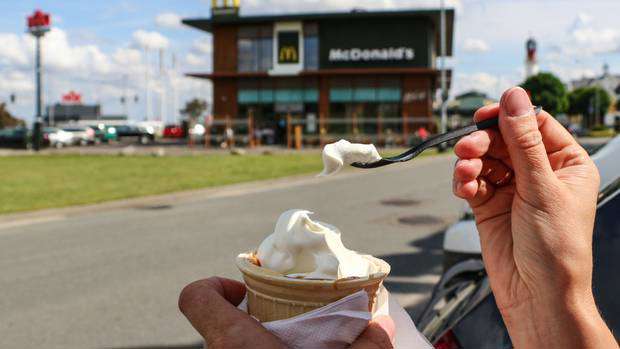 A former McDonald's employee has revealed the real reason why the soft-serve ice cream machine is always "broken".

Will Doyle claims that the machines always appear to be broken because workers can't be bothered to clean them. He wrote on Twitter that a single machine takes three hours to clean which makes staff reluctant to serve ice cream in the first place.

"Btw, I used to work in McDonald's. The ice cream machine was never broke, it just takes 3 hours to clean so we used to say it was broke so we didn't have to serve you lot [sic]," Doyle shared on Twitter.

Another former worker replied to Doyle's tweet agreeing with the statement alleging that the machine was always working but "took too long to clean" so workers would tell customers it was broken.

"BF recently worked there... can confirm the absolute truth in this! And that barely anyone knows how to actually clean it," one replied.

"I don't understand why you couldn't say it's being cleaned or maintenanced [sic]," another tweeted.

One Twitter user shared the intensity of cleaning the machine saying that customers "don't understand" that the machine cannot be used at all during a cleaning cycle.

"Unless you work for the company you don't understand. It seems dumb but it's genuinely easier to lie to avoid having the same conversation 10000 times a day," she added.

A McDonald's New Zealand spokesperson told the Herald: "Soft serve and shake machines require regular maintenance which is carried out according to a strict daily schedule in New Zealand restaurants. As with any machine like these, a freeze time may be required during particularly busy periods so on some occasions there may be a slight delay to orders."