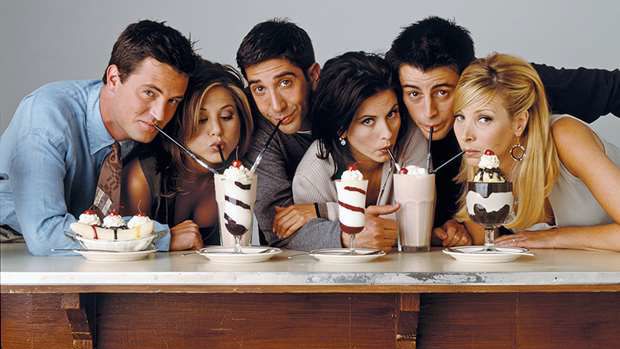 But in real life, Cox would endure devastating fertility struggles too.

According to The Sun, following her marriage to David Arquette in 1999, Cox had seven miscarriages that were the result of antibodies attacking as her pregnancies tried to progress.

Cox has revealed one of the toughest things about this time in her life - at the height of Friends fame - was having to come to work each day and be funny for an audience, rather than address her heartbreak.

"I remember one time I just had a miscarriage and Rachel was giving birth.

"Oh my God, it was terrible having to be funny."

She has gone on to speak openly about her experiences, sharing that: "I had a lot of miscarriages and I don't think that's something people shouldn't talk about because it's … unfortunate, but it happens.

"I just think it's important to get things out there so people can realise they're not alone."

"Coco has taught me so much," says Cox.

"Sometimes I do wish her shorts were longer," she said. "But I want to keep an open relationship with her."

The teen also counts her mum's best mate, Jennifer Aniston, as her godmother.

Wanna see your child lose their patience? Do a TikTok with them. #familyaerobics