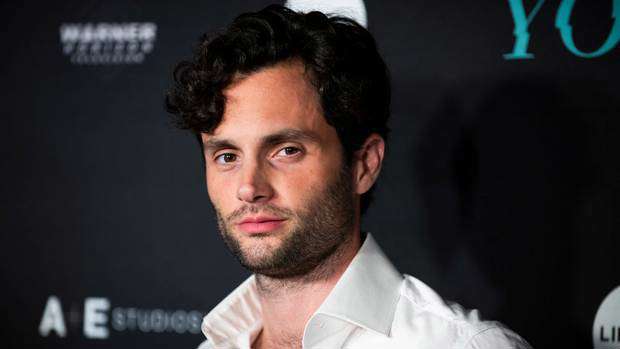 Penn Badgley has become a father for the first time.

The You actor's wife Domino Kirke - who already has 12-year-old son Cassius with her former partner Morgan O'Kane - confirmed on Instagram that she and her 33-year-old spouse had welcomed their son into the world last month.

Domino shared a picture of an abstract painting, which appeared to be of a placenta, and wrote: "His heart-shaped home #40dayspostpartum."

The musician also posted a photo of herself sleeping next to the tot on her Instagram story, though she hasn't given any other details about the baby, including his name.

Domino had shared very little about her pregnancy over the last few months, though she did share a photo of Penn cradling her bump in May.

She announced her happy news in February when she also revealed she'd experienced back-to-back miscarriages before falling pregnant again.

She revealed at the time: "On the road again... pregnancy after loss is whole other thing. After two miscarriages in a row we were ready to call it. I stopped trusting my body and started to accept the fact that I was done.

"As a birth attendant, I've seen and heard it all. It takes everything I've got to detach lovingly from the losses I've been present for and be in my own experience.

"When I was pregnant at 25, I knew nothing. I had no community. I dove in blissfully unaware about birth and its mysteries. Now, with 10 years worth of experience to pull from, I treasure my birth community and the knowledge I have. You're already teaching us how to stay in the day in a way we've never had to, little one. Thank you. (sic)"