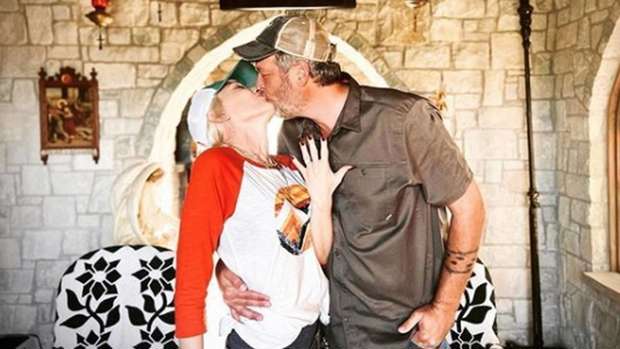 Gwen Stefani and Blake Shelton have announced their engagement after five years together.

The singer, 51, shared a snap on Instagram of herself kissing Shelton and showing off a ring, captioning the photo "@blakeshelton yes please! gx", reports the Daily Star.

The pair first met when they appeared on the US version of The Voice together, and have been a couple since 2015 after bonding over their divorces.

According to People, the couple got engaged in Oklahoma over the weekend.

"They're still madly in love and beyond inseparable. Blake has wanted to take his time with marriage, but he is absolutely committed to Gwen," the source said.

"They both feel they've found their true partner in life and plan to be together forever."

The news comes as Stefani recently revealed she and Blake had been spending lockdown together with her three kids on his ranch.

And the family have just moved into a $19 million home in LA. Gwen revealed, "We just moved, it's exciting.

"Yesterday we did Halloween decorating and cookies. It's nonstop creativity over here."

The couple are now working on season 19 of The Voice, which will be airing with a different format to stick to social distancing rules.