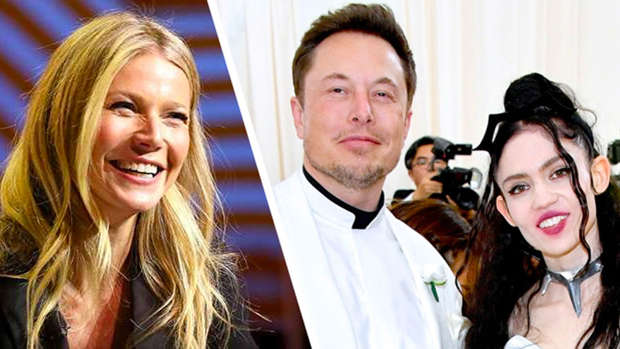 Gwyneth Paltrow - who made waves 2004 with her daughter's unusual name - has admitted defeat in the weird baby name game.

The actress welcomed her first child with now ex-husband Chris Martin, stunned the world when they named their daughter Apple Blythe Alison Martin.

The actress has now been recorded on the Comments By Celebs Instagram account, handing over the baby name crown to Elon Musk and his girlfriend Grimes who named their sin X Æ A-12.

Apple walked so X Æ A-12 could run. #CommentsByCelebs

"I think we got beat for most controversial baby name," Gwyneth wrote on Instagram after the name was announced.

Not sure how to even say X Æ A-12? Thankfully Elon has revealed how to pronounce his and Grimes' baby son's name.

The couple recently welcomed X Æ A-12 into the world and after fans puzzled over the correct pronunciation, Elon revealed all.

Speaking on The Joe Rogan Experience podcast, he explained: "It's just the letter X and then the Æ is pronounced 'Ash. A-12 is my contribution …. Coolest plane ever. It's pretty great."

He explained that Grimes "mostly came up with the name," adding: "Yeah, she's great at names."

X Æ A-12 is Grimes' first child, while Musk has five children with his former wife Justine Wilson. The former couple also had son Nevada together but he died of sudden infant death syndrome at 10 weeks in 2002.

Elon, 48, revealed that he "appreciates" being an older dad and is besotted with little X Æ A-12.

•X, the unknown variable ⚔️
•Æ, my elven spelling of Ai (love &/or Artificial intelligence)
•A-12 = precursor to SR-17 (our favorite aircraft). No weapons, no defenses, just speed. Great in battle, but non-violent 🤍
+
(A=Archangel, my favorite song)
(⚔️🐁 metal rat)

He said: "Actually I think it's better being older and having a kid. I appreciate it more. Babies are awesome. They're little lovebugs.  Wonderful, it's great. Also, I've spent a lot of time on AI so you can kind of see the brain develop and you can see it learning very quickly."

Meanwhile, Elon recently corrected Grimes' explanation of their son's name after she took to Twitter to explain its origins.

She wrote: "X, the unknown variable ... Æ, my elven spelling of Ai (love &/or Artificial intelligence) ... A-12 = precursor to SR-17 (our favourite aircraft).  No weapons, no defences, just speed. Great in battle, but non-violent + (A=Archangel, my favourite song) (metal rat) (sic)."

I am recovering from surgery and barely alive so may my typos b forgiven but, damnit. That was meant to be profound 🦔

However, Musk couldn't help jumping into the comments to correct his partner.

She tweeted: "I am recovering from surgery and barely alive so may my typos b forgiven but, damnit. That was meant to be profound (sic)."

Elon quickly backed down and wrote: "You are a powerful [fairy emoji, queen emoji]."