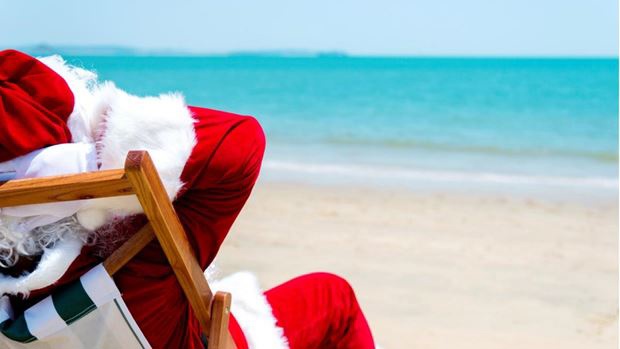 The weather is shaping up nicely for those in the north on Christmas day, with several hot spots forecast to sit on 25C.

However, a patch of high pressure moving up the country means things aren't so rosy down south.

MetService meteorologist Lewis Ferris said although we're still a few days out from Christmas, areas north of Taupō look like the best place to be for sunshine.

People in Auckland Central will have plenty to smile about, with the MetService extended forcast showing sunny skies and a high of 25C.

Further up north, Kaitaia is also sitting pretty with a high of 24, and Whangārei is forecast to see temperatures up to 25C.

In the Coromandel, it appears Whitianga has also been on Santa's nice list, as it too looks like it will be a sunny Christmas with a high of 25.

Forecasts for Hamilton show it will be hot, again a high of 25C, but clouds and light winds may also be present.

The extended forcast shows Taupō and Napier may have great barbeque weather on the day, seeing 23C and 24C highs respectively.

Masterton is forecast for a high of 22C, with a few showers and light winds.

Even Wellington hasn't escaped the sunshine and, bar a northerly wind, can expect a warm 20C high.

In the south, Nelson is looking at a high of 21C, and Wesport is forcast for a top temperature of 20C.

Those spending the 25th in Christchurch aren't so lucky, and the extended Metservice forcasts shows a high of 18, with rain and light wind.

Queenstown also is looking at some rain, with a forecast of 19C and a few light showers.

Sadly for those in Dunedin, the current projections are a high of just 16C, plus showers and a southerly.