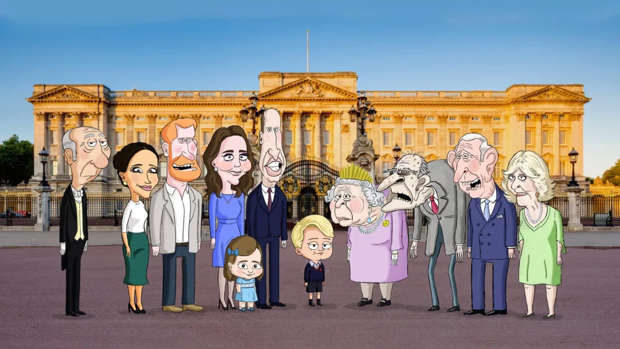 The 43-year-old actor has landed the role in the new parody titled The Prince, which will be centred around Harry's nephew, the Duke and Duchess of Cambridge's eldest child, six-year-old Prince George, and is inspired by 'Family Guy' writer Gary Janetti's popular Instagram account focused on the young royal.

Gary's social media site is filled with memes of George dropping one-liners about his siblings - Princess Charlotte, four, and 20-month-old Prince Louis, as well as his uncle Harry and aunt Duchess Meghan, their eight-month-old son Archie and other members of the family, including the young prince's grandmother, Queen Elizabeth.

The series will air on upcoming new streaming service HBO Max and producers can't wait to see what Gary - who will write and produce the show, as well as lending his voice to George - brings to the screen.

“Hey guys, there’s an opening in the Royal Family.”

Sarah Aubrey, head of original content for HBO Max, said: "We're so excited to bring the world Gary's created on Instagram over to HBO Max, where our viewers can discover what his Instagram fans already know - that George can be hilarious, shocking, and surprisingly sweet.

"We can't wait to see what Gary does with a bigger canvas to paint on than just a 1:1 square."

“On the bright side you’ll get to play yourself on The Crown.”

Gary added: "I'm thrilled to be working at HBO Max and bringing them yet another series about a family ruthlessly fighting for the throne."

Joining Orlando and Gary as part of the voice cast will be Iwan Rheon as Prince William, Lucy Punch as his wife Duchess Catherine and Condola Rashad as the Duchess of Sussex.