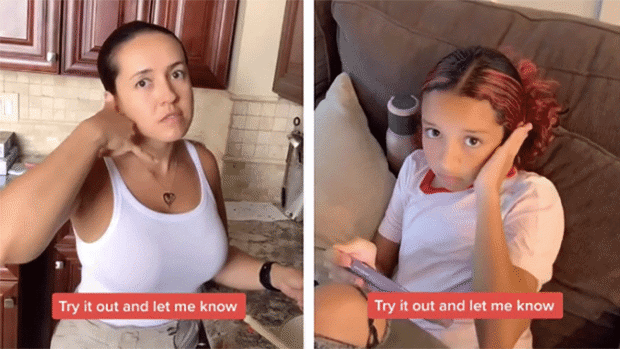 A TikTok video has pointed out the big difference between how different generations mimic answering the phone — and some people are about to realise they're officially old.

The video, which had more than two million views in just one day, shows adults mimicking answering the phone the "old way", using their thumb and their pinkie finger.

However, when asked to pretend they are answering the phone, in the same video, young children hold their full flat hand close to their ear. The different hand gestures highlight how humans adapted to smartphones versus older phones.

Comments on the video expressed disappointment as some people realised there was no escaping the fact they are officially old.

Other TikTok users pointed out that young kids don't understand the expression "to hang up" the phone because we no longer hang them up.

The man who posted the video, Daniel Alvarado from New York, said his mind was blown when he realised the generational difference.

TikTok users, for the most part, agreed with him.

"I don't like this, nope not one bit," one person wrote.

"This is actually mind-blowing... and sad lol," another person commented on Instagram.