It appears Hilary Barry would not have a successful backup career as a hairdresser.

Last night on Seven Sharp, the TV presenter "kindly" offered to give her co-host Jeremy Wells a haircut as his favourite hairdresser is still shut in Level 3.

"Let's just say it didn't go as well as I'd hoped," she admitted.

"No, it did not," confirmed Wells. 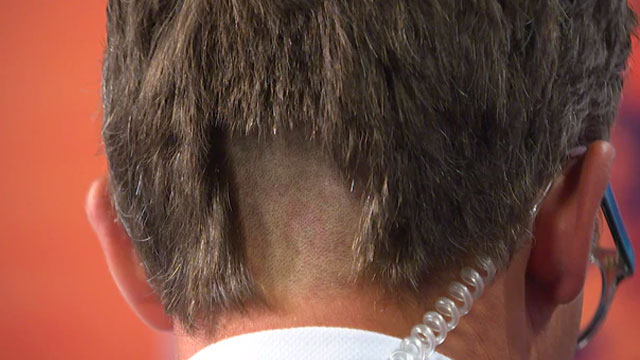 Due to social distancing restrictions, Barry attempted to cut his hair with clippers attached to a 2m pole -and accidentally shaved a huge chunk out of his hair, leaving a bald rectangle.

"My heart was in the right place, I'm really, really sorry," Barry said.

"You could only describe that as a disaster, also a hit and run, it's a crime," Wells said.