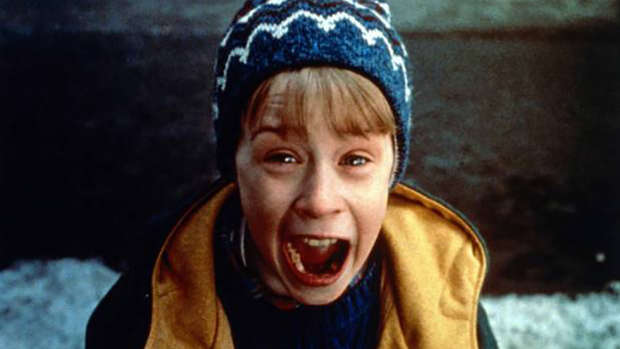 Unbelievably, this year marks a massive 30 years since the first Home Alone film was released.

However, even though we watch it over and over again every year without fail (we've seen it at least 300 times now), eagle-eyed fans of the movie have only just noticed a critical detail that seemingly explains why Kevin McCallister's parents managed to forget their eight-year-old son long enough to drive to the airport, get through security, get on a plane and travel at least halfway to Paris before they'd even realised he was missing.

You'll no doubt remember the moment the neighbour's kid is confused for Kevin during the family's headcount as they get into the van to head to the airport, but that still does not fully explain how they forgot him for quite so long.

Watching Home Alone for the 50th time and I’ve never noticed that in the starting scene when there is a fight in the kitchen, Kevin’s ticket is put in the bin. Who knew? 🤷🏻‍♂️ pic.twitter.com/lpkC386Yo3

As you know, the night before, Kevin gets sent to his room after a disagreement with his older brother Buzz results in some fizzy drinks getting split all over the table.

As Kevin's dad Peter cleans up the mess with some bright red disposable napkins, he wipes everything on the table into the bin, including Kevin's plane ticket!

Sharing a screenshot from the scene, the Twitter user wrote: "Watching Home Alone for the 50th time and I've never noticed that in the starting scene when there is a fight in the kitchen, Kevin’s ticket is put in the bin. Who knew?"

While it's no excuse to forget your child, this does explain why Kevin's parents didn't notice he was missing, since as far as they were concerned they had the right number of kids and tickets.

We just can't believe it took us 30 years to notice it!