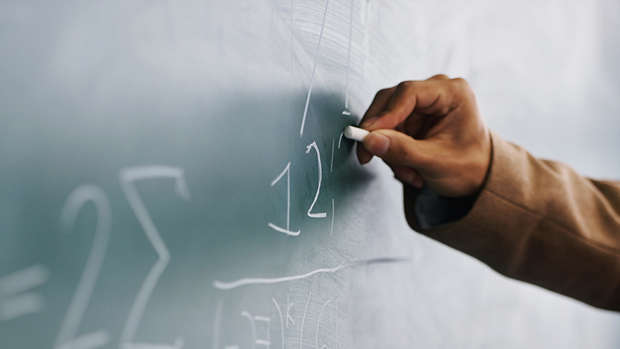 A woman has revealed how she put a stop to her teacher's creepy habit of pressing his crotch against students' desks by using chalk.

Twitter user @JodiesJumpsuit took to social media to share her crafty trick which she performed back in high school.

The Toronto-based writer revealed that one of her male teachers would periodically press his crotch against the desks of his female students.

She tweeted: "So when I was in high school long ago there was this one male teacher who would walk around the class and rest his junk, through his pants, on the edge of your desk, if you were a girl."

Continuing the story she writes: "He wore a uniform of khakis and unbuttoned polo shirts with his greying chest hair puffing through the front and he'd always be playing with chalk.

Jodie revealed that the problem went unnoticed by fellow staff members because students were unsure of how to approach the awkward issue, the MailOnline reported.

She continues: "How to deal with it was a bit of trouble, because what teenager wants to acknowledge their teacher's b***s on their desk? Or on someone else's? To that teacher? Or another teacher?" The Twitter user added that the issue was further complicated by the fact that a handful of male students didn't believe the girls' claims.

So Jodie set about making sure that every student in the class was aware of her teacher's behaviour.

She revealed: "So one day before the teacher walked into class, I rubbed chalk against the front of the desks."

Much to Jodie's delight the plan worked and left her teacher red faced after his khaki trousers were marked at the crotch with lines of chalk.

She added: "Needless to say he stopped rubbing his crotch against our desks. And oh, how we were the worst class he ever had, he said.

"But the damage was done. The tale of his truth-telling khakis spread round the school quickly.

"And the kids for next semester knew exactly what to do if he started it up again. I don't think he did. The end. Happy Halloween!"

It didn't take long for Jodie's twitter followers to applaud her efforts with fellow users describing her as a 'hero'.

Said one: "girl..this thread just made my night, pure genius, a lot of us have had similar situations..unfortunately #MeToo (sic)"

Agreeing, another wrote: "Very well played... and you are a real hero!"