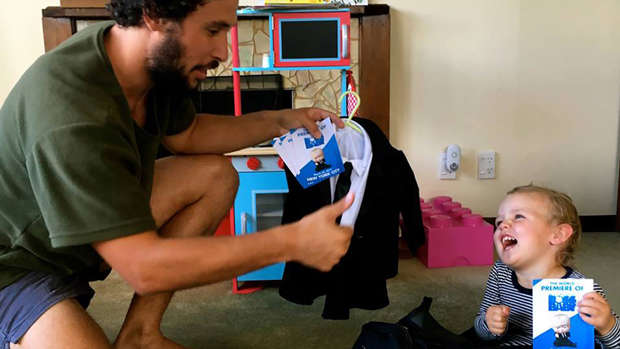 New Zealand's favourite dad on social media, Jordan Watson, better known as How to Dad, has announced he and baby Alba are off to New York.

The stubbies and jandal wearing father-of-two posted on Facebook that he and his daughter have been invited to the world premiere of The Boss Baby, a kids animation film loosely based on the book of the same name.

Alba was sent an adorable wee "boss" suit to wear to the event. But Watson insisits he'll be keeping it real in his usual bush man attire. Although some followers have warned him that he'll likely freeze in shorts and jandals, given New York's recent blizzard warning.

Perhaps he'll go for gumboots instead.

While some parents may baulk at the idea of taking a plane to New York with a little one, Watson will likely be looking forward to putting the advice from his "How to travel with a baby" video in to practice. 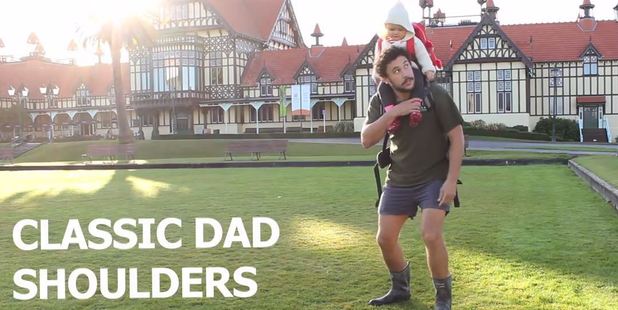 His first rule in the clip is, sensibly, to not lose the baby. Beyond that, he offers a few different carrying techniques including "the classic dad shoulders", strapping on a front pack, which he notes "no dad really wants to wear out in public - ever", and the "D.I.Y" option where the baby is encouraged to walk alongside you. 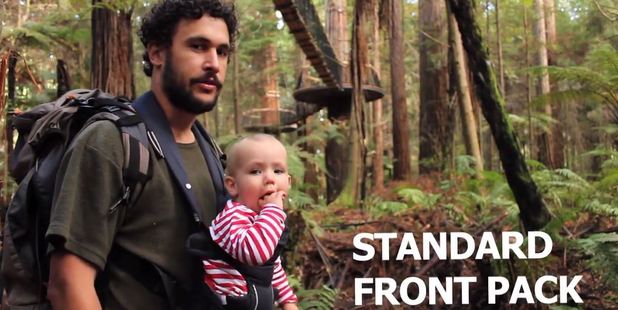 According to Watson, the front pack is not a popular option among dads. Photo / YouTube

Watson has also previously created a video detailing how to fly with a baby. It's safe to say he looks to be fully prepared for getting himself and little Alba to New York and back in one piece.