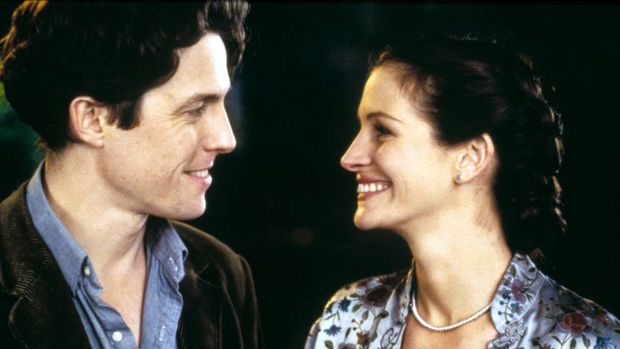 It's been 20 years since Hugh Grant starred in classic rom-com Notting Hill, and now he's proposed a sequel.

The two develop an unlikely romance involving tabloid drama that later leads Roberts' character saying the iconic line: "I'm also just a girl, standing in front of a boy, asking him to love her."

In a Twitter Livestream to promote his new TV series The Undoing, the British actor explained his idea for a follow-up film.

"I would like to do a sequel to one of my own romantic comedies that shows what happened after one of those films ended," he explained.

"Really, to prove the terrible lie that they all were, that it was a happy ending.

Do you have a favorite character that you’ve played in your career? pic.twitter.com/FVeW4fWOwW

"I'd like to do me and Julia and the hideous divorce that's ensued with really expensive lawyers, children involved in (a) tug of love, flood of tears. Psychologically scarred forever. I'd love to do that film."

Notting Hill made $364 million at the box office following its release, and nearly 20 years on, remains one of the most popular romantic comedies of all time.