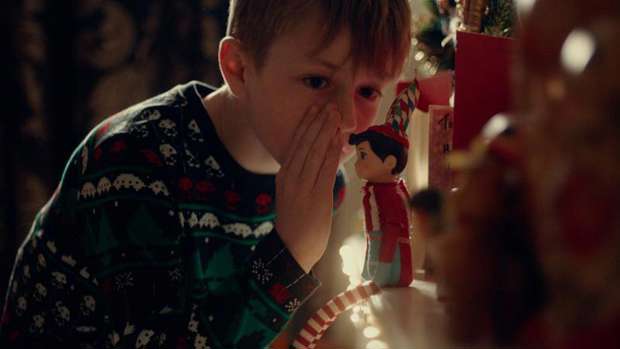 Tis the season to need tissues when watching ads - and this one will leave you looking like you've just chopped a bunch of onions.

A supermarket chain in Ireland has released its Christmas ad for 2020 and viewers have been left "bawling" over the emotional ad.

The SuperValu ad, which has gone viral since its release on Thursday, features a young boy who repeatedly asks his parents if "he" is definitely coming this year, while the family prepares for Christmas.

In the minute-long clip that has captured the world, the boy hears the radio report on the latest Covid-19 restrictions, and worries that "he" might not be able to come this year.

The "he" everyone assumes is santa - but there is an emotional twist at the end, which has left viewers in tears.

Watch it for yourself below before jumping to the next paragraph, which would otherwise spoil the ending for you.

Christmas may be a little different this year but we all know who makes it extra special. Whether you’re keeping old traditions or making new ones we all love a magical Christmas. You just have to Believe……..

Check out our Christmas advert ⬇ pic.twitter.com/P3xmNiRahr

It turns out the boy was not worried about Santa coming - but about being able to see his granddad for Christmas.

The ad went viral all over the world in a matter of hours, with thousands of people relating to that same feeling of not being able to be with family this Christmas.

"Ah Jesus lads, that got me. Christmas was always my grandparent arriving before I went in to see if Santa had arrived. Well played, lovely ad. I hope this tweet makes sense because the phone screen looks all blurry," another Twitter user said, adding a number of crying emojis.

"I'm in a flood of tears," another person said.

"Oh dear, the kicker at the end makes you realise how much Covid has actually affected you, even if you thought it hadn't," someone else added.

In yet another detail that shows just how deeply personal the ad is for everyone, it has been revealed that the actor who plays the young boy, Cian Kearney, has not been able to see his grandparents in quite a while either.

"I haven't seen my nana and grandad in a long time," he told 96FM's Opinion Line in Ireland.

"Seeing them at Christmas is probably going to be the most important thing, I really want to see them," he added.