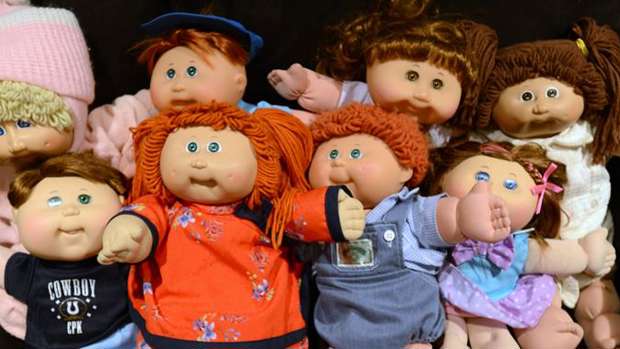 Anyone who was around in the '80s and '90s will have fond memories of Cabbage Patch dolls.

Released in 1983, the adorable little dolls that had rosy, chubby plastic faces, fabric bodies, and yarn for hair, made up countless children's toy collections.

Xavier Roberts, the creator of Cabbage Patch Kids, used to sign his name on the bottom of each doll to signify authenticity and each one came with a birth certificate and adoption papers. But did you know, the sweet little dolls from your glorious childhood days could now be worth a pretty penny?

Yes, they are literally being sold for thousands of dollars on eBay!

A Cabbage Doll called Teresa Ann from 1985 was recently sold on eBay for a massive $2,000 and another called Anna Greta from 1986 with bright red hair and a dummy was bought for $810.

They were both sold in April this year. If your doll still has its adoption papers, you can expect even more money!

Time to go through your old toy collection?