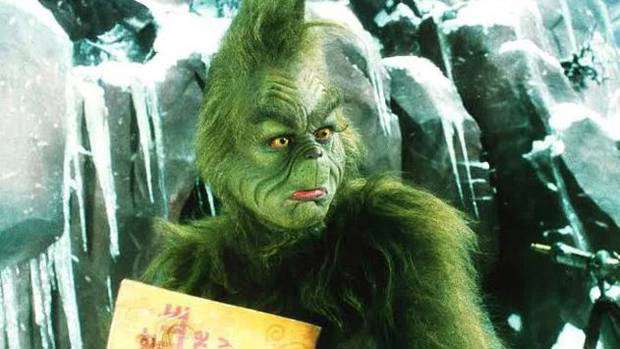 This is the story of how a streaming service stole Christmas.

Fans who like to celebrate the holidays with a Christmas classic are outraged after they found The Grinch removed from Netflix on the first day of December.

The 2000 live-action film starring Jim Carrey as the green furry thief who despises Christmas traditions has disappeared from the New Zealand Netflix library.

Kiwis weren't the only ones who had the movie stolen from them, as the movie apparently vanished at some point over December 1 in the UK and Australia as well.

A quick scan of the Netflix library shows the film is now nowhere to be found and instead shows other movies such as Netflix-produced The Christmas Chronicles, The Boss Baby: Back in Business and Green Eggs and Ham.

Many complained about this atrocious discovery on social media.

The nephew was watching The Grinch on Netflix last night. Today, not there! Sky store now has it. Not impressed 🤬 #Netflix #thegrinch #ChristmasMovies pic.twitter.com/oV4UmwoFMd

how is it that i pay for FIVE different streaming services and not one of them has the grinch available in december???

Imagine channeling your inner Scrooge and ruining Christmas by taking #thegrinch off your platform....
Thanks @NetflixUK kids crying.

@NetflixANZ excuse me how are you gonna just take the grinch of off Netflix right now??!!!! 🙂 very sad :( pic.twitter.com/8AqTwqaU8s

Hey @netflix!
It’s the 1st of December, and I notice you have just removed The Grinch from Netflix in Australia.
This is serious- I mean the good one, the @JimCarrey one. WTF!?
Someone’s heart’s two sizes too small!

The grinch has been on Netflix since July?? And now it’s December 1st they’ve took it off??? Is this an actual joke??? CHRISTMAS IS CANCELLED pic.twitter.com/XAru9S6puc

Netflix's Help Centre has a section that explains why a movie may leave their streaming service.

"Netflix licences TV shows and movies from studios and content providers around the world, and those licences can expire if we don't renew them.

"Though we strive to keep the content you want to see, we acquire licensing rights for TV shows and movies for a certain period of time - not indefinitely - so some titles do leave Netflix.

"If a TV show or movie you love is leaving, it indicates that our licensing agreement with the content provider is about to end.

"Whenever a TV show or movie is expiring, we evaluate whether or not to renew it using the same criteria we apply to potential new content. We consider factors like are the rights to renew the licensing to stream still available? What is the popularity and cost of a particular title? Are there other seasonal or localised factors?"