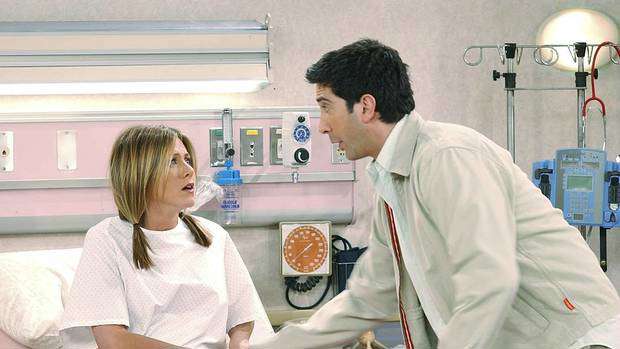 It's been 15 years since the final episode of beloved sitcom Friends aired, but fans are still re-watching episodes ... and occasionally they throw up a surprise.

One thing no one seems to have noticed until recently is that Rachel's pregnancy dragged on for a very long time. Much longer than the average 40 weeks, The Sun reports.

It turns out there are some continuity issues related to baby Emma's gestation which mean poor old Rachel was pregnant for a whole year.

The revelation came via a Reddit forum called How You Doin, where a Friends superfan outlines their case. 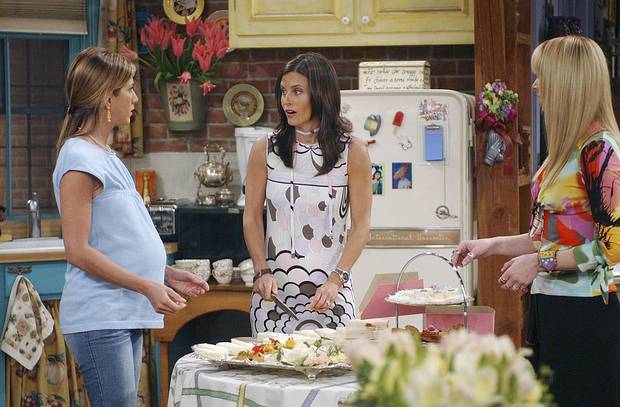 "In season 7 episode 17, The One with the Cheap Wedding Dress, Monica says she is getting married May 15th," the poster writes.

Rachel's pregnancy is confirmed in the first episode of season 8 and it's revealed she's at least two weeks along, but by episode 6 of that series — The One with the Halloween Party — which the poster reasons must be sometime in October, Rachel still doesn't have a baby bump, despite allegedly being around 5 months pregnant.

As further evidence of the timeline error, the person writing the post cites season 7, episode 24: The One with Chandler and Monica's wedding: Part 2.

"Joey says the release date for his World War 1[sic] movie is Memorial Day weekend (late May)," they write.

"We find out in season 8 episode 22, The One Where Rachel is Late, that the week before his movie premiere is her due date. That would make her pregnant for 12 months." Others fans agreed the show didn't always get its facts in order.

"There's a lot of inconsistencies in the show. Birth dates change, apartment numbers change," one wrote.

But another felt the errors could be forgiven in light of the show's entertainment value.

"As much as I love friends[sic] it has countless continuity and editing errors. I forgive them only because I love all the actors and the writing is good 90% of the time. If you watch for editing errors you will go insane."