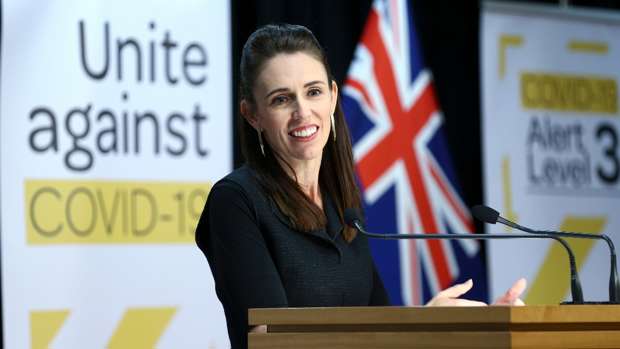 Level one will be a return to "normal routine" and Prime Minister Jacinda Ardern says there will be no distancing rules at shops and restaurants, or on public transport.

All restrictions on businesses, like hospitality, would be lifted with no distancing of tables, Ardern said this afternoon.

Churches, sports stadiums, community sport, and funerals of any size can all resume while physical distancing on planes and public transport can lift.

Event organisers will have to ensure contact-tracing was possible and that would be developed through the Covid Code, Ardern said.

Alert level 1 will mean there's no restrictions on gatherings, like funerals, tangi or events, Ardern said.

"It essentially means a return to normal for tangihanga."

At alert level 1 Kiwis would have to adopt new habits, like good hand hygiene, and there would still be strict border controls, Ardern said this afternoon.

The 10 golden rules of Alert Level 1

When will NZ make the move?

Ardern said yesterday the country was ahead of schedule in its response to Covid-19 and Cabinet would review the alert-level status next Monday.

The Government has previously given 48 hours' notice of a shift in alert levels.

Ardern this afternoon said it was the Government's "strong desire" to get to alert level 1 as soon as was safe and possible.

When New Zealand reaches alert level 1 it would mean all of the hard work had paid off, lives had been saved and the economic recovery could happen sooner.

But it didn't mean our battle with the virus was over.

The risks at level 1

Ardern said they didn't want to move backwards and even on June 8, there would have only been two weeks with gatherings of up to 100 and four weeks at alert level 2.

Asymptomatic transmission was a risk with Covid, she said.

Ardern said she was social distancing, in response to photos of her at the weekend appearing close to others

They would only move when they had confidence it was safe to do so, said Ardern.

The proportion of foreigners coming into New Zealand under the border exemptions was very small compared to the amount coming in under humanitarian reasons. But those exemptions would be continue to be reviewed, she said.

Ardern said "no decisions had been made" regarding the application for exemptions for foreigners connected to the America's Cup.

Ardern said she "very rarely ruled in or out" conversations with other world leaders so couldn't speak to whether she would raise the death of George Floyd with Donald Trump but expressed her horror at his death.

Yesterday Ardern said at alert level 1 life would be "very, very normal" - but with border restrictions.

She said modelling had shown a longer-tail of Covid-19 cases which so far had not eventuated and there was "increasing optimism" there were no cases associated with the move to alert level 2.

"Our strategy of going hard and early has paid off and in some cases, exceeded expectation in what modelling and data had predicted."

"Therefore, because of our team of five million's extraordinary commitment to beating Covid, that means we have the enviable position of having choices."

According to the Government's Covid-19 website, alert level 1 means the virus is contained and isolated household transmission could be occurring.

There would still be intensive testing, rapid contact-tracing, physical distancing is encouraged but not mandatory and there's no restrictions on gatherings.

Find out more information at covid19.govt.nz.