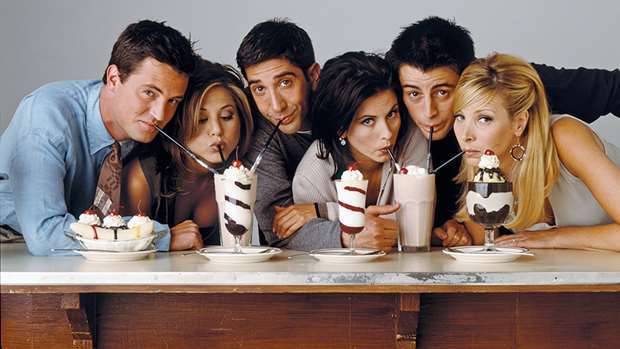 Friends fans, this is the news we've all been waiting for!

After months, even years of rumours, Actress Jennifer Aniston has finally confirmed that the Friends reunion is happening.

Taking to Instagram, Jennifer shared a photo of the six of them in a car, along with the caption: "It's happening ..."

How exciting is that?!

She wasn't the only one to share the snap, her Friends co-stars Courteney Cox, Lisa Kudrow, Matthew Perry and David Schwimmer also shared the snap, all tagging one another and HBO - who will be producing the reunion.

However, in his own typical style, Matt LeBlanc  also posted the announcement to Instagram, but with a slightly different photo:

But that's not all! There are also reports that the one-off reunion could actually be turned into a 12-part series.

The cast of the iconic sitcom - which starred Jennifer Aniston, Courteney Cox, Lisa Kudrow, Matt LeBlanc, Matthew Perry and David Schwimmer - recently committed to an unscripted Friends special, but an insider has now claimed that TV executives are eyeing up a 12-part series in 2021.

The source told The Sun on Sunday newspaper: "This reunion has been 18 months in the making. Cast and crew have been made to sign rigid non-disclosure agreements to keep everything as fresh and exciting as possible.

"It took a long time to convince Matthew and Jennifer, in particular, to get on board. But once these two were signed up, things moved pretty quickly."

The proposed 12-part series could be worth as much as $1 billion.

The insider added: "Officially, the deal has been signed for a one-off. But the hope is that once everyone sees how well it's received and how much love there is for the show, another series will be agreed and commissioned.

"If this happens, agents will be licking their lips. This will be the kind of small-screen payday the likes of which has never been seen. Including streaming rights, cast fees, spin-offs and merchandising, this could be TV's inaugural billion-pound contract."

The sitcom - which first aired from 1994 until 2004, lasting ten seasons - was one of the most popular TV shows of all time, winning numerous awards during its original run.