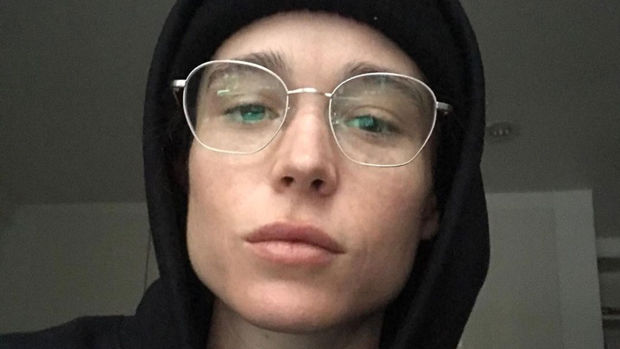 Months after sharing his journey with the world, Elliot Page has given an emotional interview.

Gracing the cover of Time Magazine this month, the actor reflected on the reaction to him coming out as transgender, and the hate crimes transgender people face.

Page told journalist Katy Steinmetz the reaction was mixed, which is what he expected. The Juno star was met with love and support from several celebrities and public figures but experienced transphobic comments as well.

"What I was anticipating was a lot of support and love and a massive amount of hatred and transphobia," Page says. "That's essentially what happened."

Page described how it felt to come out to the world, and admitted he felt a mix of feelings.

"[I felt] This feeling of true excitement and deep gratitude to have made it to this point in my life," he told Time, "mixed with a lot of fear and anxiety."

Page said the pandemic and splitting from his wife were two events that caused him to reflect on his gender. The Umbrella Academy star split from his wife Emma Portner in 2020, and divorced early in 2021. They remain close friends.

"I had a lot of time on my own to really focus on things that I think, in so many ways, unconsciously, I was avoiding," he says.

Page got to a point where he was ready to embrace who he truly was, in part thanks to inspiration from transgender stars like Laverne Cox and Janet Mock.

"I was finally able to embrace being transgender."

And the actor is looking forward to continuing his career in Hollywood.

"I'm really excited to act, now that I'm fully who I am, in this body.

"No matter the challenges and difficult moments of this, nothing amounts to getting to feel how I feel now."