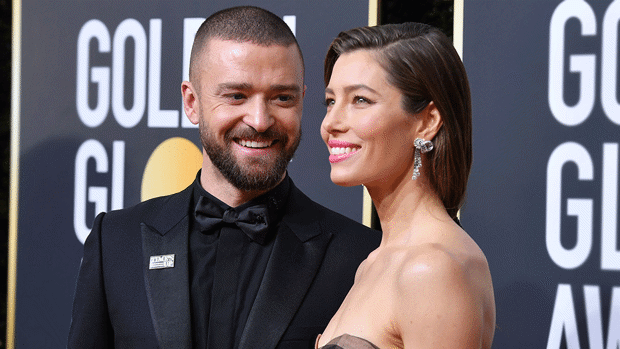 Jessica Biel has reportedly welcomed a second child in secret.

The 38-year-old actress and her husband Justin Timberlake - who already have five-year-old son Silas together - are believed to have become parents for the second time, as Jessica reportedly gave birth to a baby boy earlier this week.

According to the Daily Mail, Jessica’s mother, Kimberly Conroe Biel, was present for the birth of her newest grandchild.

The news of the tot’s rumoured arrival was revealed to the Daily Mail by a friend of Jessica’s mother on Saturday, who claimed Kimberly plans to stay with Jessica and Justin until Sunday and confirmed the sex of the new baby.

As of the time of writing, Jessica and the Man of the Woods hitmaker are both yet to comment on the reported arrival of their second child.

On March 25 Justin posted on Instagram a photo of Jessica standing far away from the camera, writing that they would be "social distancing with the game and a lot of these (trees)." Since his post, the couple have shared few photos of their time together during the pandemic.

Out here social distancing with the fam and a lot of these 🌲🌲🌲 I hope you guys are staying safe and healthy. We need to stick together and look out for each other during this crazy time. Go through my stories for some ways you can support your local communities. While there's a lot of chaos and confusion right now, there's also a lot of good and so many ways to help. 🙏🏼 Spread the word @feedingamerica @americanredcross @savethechildren @wckitchen

Meanwhile, 39-year-old Justin - who married Jessica in 2012 - recently said he has "become a mess" since he became a father.

Asked what makes him cry, he said: "I'm a softie, man. Watching your son learn the smallest thing can bring you to that place, for sure. I have become a mess since I became a father.”

In recent years, the Trolls star has become a family man and is now "picky" about the projects he takes on so that he can justify working away from his wife and son.

These two people make being a momma the greatest job in the whole world! The moments spent with you both are truly the most precious and funniest and glorious times of my life. I love you both so much! 💚

He added: "I always want to continue to be inspired.

"At this point in my life, I can be picky about the projects I'm going to work on.

"I choose wisely because I know it takes a lot of time to do the type of work that I want to do, whether it's making music or a film - or both in the case of Trolls World Tour.

"That time takes you away from your family, so it had better be something really, really inspiring."