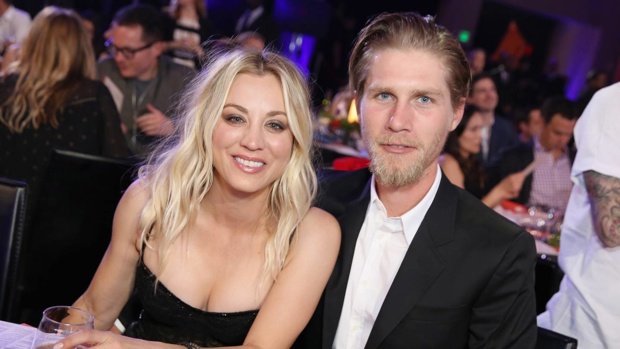 Kaley Cuoco only recently filed official divorce papers, finalising her split from husband of three years, Karl Cook, and already the question of how the financial side of the settlement will unfold is making headlines.

The 35-year-old actress announced her split from Cook, 30, but an insider has confirmed that Cuoco had a prenuptial agreement in place before they tied the knot in 2018.

A source told Us Weekly: "Her assets are protected."

While Cuoco has a substantial fortune from her acting, earning US$1 million per episode for the Big Bang Theory, Cook has an even more impressive financial portfolio to protect. Cuoco's soon-to-be-ex is estimated by Forbes to be worth $7.9 billion, largely thanks to his father Scott Cook, who founded the tax software company Intuit.

Cuoco and Cook released a joint statement earlier this month confirming their split. However, the duo also insisted there was no "anger or animosity" towards each other.

Their statement read: "Despite a deep love and respect for one another, we have realised that our current paths have taken us in opposite directions.

"We have both shared so much of our journey publicly so while we would prefer to keep this aspect of our personal life private, we wanted to be forthcoming in our truth together. There is no anger or animosity, quite the contrary."

The actress submitted divorce papers to the Los Angeles Superior Court to end her marriage last Friday. It was only a few months prior that saw Cuoco take to social media to share her joy on their wedding anniversary.

The actress wrote: "NY, June 30th, 2016 is the year we met. 2 years to the day before we got married and now 3 years married! Why have you stayed married to me for so long?! I'm sincerely impressed @mrtankcook lol I love you oh so much you have no idea…happy anniversary!!! (sic)"

Karl added: "I agree @kaleycuoco I am just as amazed it's been three years, feel like just a flash. I love you so much and I can't wait for a million more years!! (sic)""

This will be Cuoco's second divorce, she was married to tennis player Ryan Sweeting between 2013 and 2016.