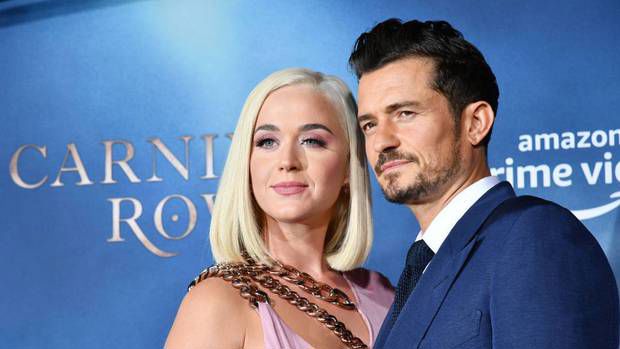 Katy Perry has admitted she would've "probably just jumped" if she hadn't found gratitude following her 2017 split from Orlando Bloom and the disappointing performance of her album Witness.

The 35-year-old singer is now expecting a baby with the Hollywood actor, but she admitted their break up three years ago left her "broken", and she was hoping to feel excited about her record, but the album didn't perform to her expectations.

She said: "My career was on this trajectory when it was going up, up and up and then I had the smallest shift, not that huge from an outside perspective. But for me it was seismic.

"I had given so much out, and it literally broke me in half. I had broken up with my boyfriend, who is now my baby daddy-to-be.

"And then I was excited about flying high off the next record. But the validation did not make me high, and so I just crashed.

"It was so important for me to be broken so that I could find my wholeness in a whole different way. And be more dimensional than just living my life like a thirsty pop star all the time.

"Gratitude is probably the thing that saved my life, because if I did not find that I would have wallowed in my own sadness and probably just jumped.

"But I found the ways to be grateful. If it gets really, really hard I walk around and say, 'I am grateful, I am grateful,' even though I am in a sh***y mood."

Katy - whose parents are Pentecostal pastors - admitted her faith played a huge part in getting her back on track.

Speaking to radio station SiriusXM CBC, she added: "Hope has always been an option for me, because of my relationship with God and something that is bigger than me.

"Of course if I am the one controlling my destiny I am going to be the one driving it into the ground.

Earlier the mother-to-be mentioned that one of the most important things is for her daughter to be "happy and healthy and safe".

The Daisies hitmaker is currently expecting her first child, a daughter, with her fiancé Orlando Bloom, and has said her one wish for her impending arrival is that she’ll grow up in a safe environment.
She said: "As I get ready to bring new life into this world, the wish I have for my child is that she'll be happy and healthy and safe. It's the same wish every mother has for their kids."

Meanwhile, Katy recently revealed that she and Orlando have several "options" for baby names, but aren’t settling on a final moniker until their daughter is born, as they want to let the tot "tell them" what name suits her.

She explained: "We have yet to decide specifically on her name because, I think, we've got options and she'll tell us. I'll look at her and go, 'Oh yea yea, you are her, you are that.' "