The movie has already received a rave five-star review, with NZ Herald's Dominic Corry praising the film: "Its undeniable awesomeness comes with no qualifiers."

Zoe (Matafeo) freaks out when she becomes pregnant, and while her boyfriend Tim (Lewis) is excited to become a father, Zoe tries to tick as many things as she can off her adventure bucket list before their baby arrives.

Written by Sophie Henderson and directed by her husband Curtis Vowell, the film is a semi-autobiographical look at starting a family. 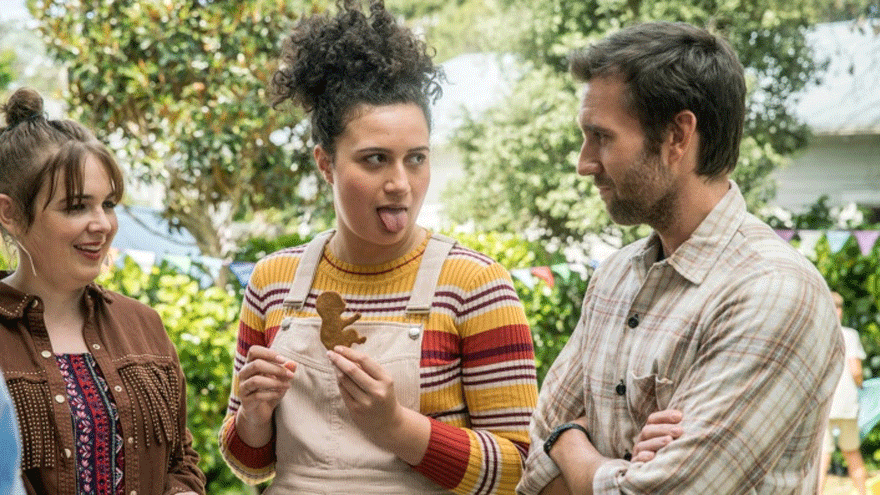 Vowell says the film grew out of a "fear of growing up and settling down", while Matafeo thinks Kiwis will definitely be able to relate to the film.

"Because Tim and Zoe's pregnancy catches them off guard, their initial instinct is that they haven't achieved enough, which is something lots of people are likely to relate to," she says.

Baby Done is out in cinemas today October 22.